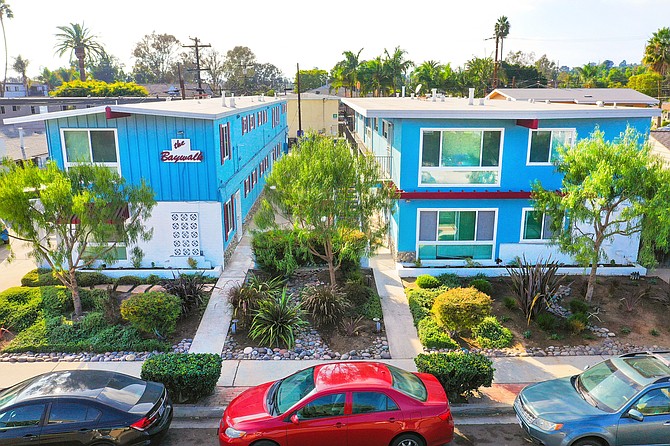 Two Pacific Beach apartment complexes have been sold for a combined price of $7 million.

Representing the buyers and sellers in both deals were Patrick J. Doyle and Eric Turner of ABI Multifamily, which declined to disclose the names of the parties in the transactions.

Built in 1957 and renovated in 2018, Baywalk Manor has 14 apartments – six one-bedroom units and eight two-bedroom units.

“Both Magnolia Manor and Baywalk Manor are appealing properties in a highly desirable part of town,” Doyle said. “They are conveniently located near Mission Bay, the Mission Bay Golf Course and De Anza Cove, and the I-5 freeway is easily accessible. The recent capital improvements ensured the seller a good rate of return and should provide the buyer a stable growth platform going forward.”