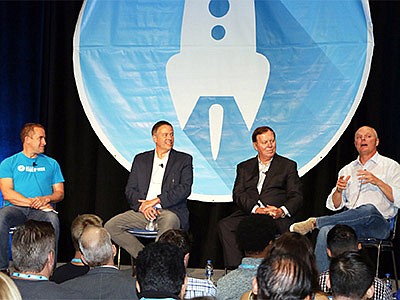 After its biggest event yet, San Diego Startup Week will see additional funding from the city. The weeklong conference will received $50,000 from the City of San Diego, a substantial increase from the city’s contribution of $35,000 last year.

Startup San Diego, the nonprofit that puts on the event every year, said the funding would help with early-stage planning for San Diego Startup Week 2020.

“San Diego’s startups are changing the very nature of our economy, opening up opportunity for all our residents, and are literally changing the world for the better in the process,” San Diego’s Deputy Chief Operating Officer for Smart and Sustainable Communities, Erik Caldwell, said in a news release. “Startup San Diego has become a critical component of the early-stage economic ecosystem which allows startups to thrive here.”

On the Big Stage

San Diego Startup Week was hosted at the San Diego Convention Center for the first time in May of 2019, supporting the conference’s growth. Since it first started in 2013, the conference has brought more than 3,000 attendees in recent years.

This year’s startup week also included events in Tijuana and Carlsbad, in an attempt to bring together founders from all parts of the region.

“Innovation that leads to new ideas and continuous invention is San Diego’s economic success story. We continue to define and redefine what it means to be an entrepreneur by pushing the boundaries of ‘no’ that lead to a path of ‘yes’,”

San Diego Economic Development Director Christina Bibler said in a news release. “Startup San Diego has embraced the challenge to develop a key support system that many entrepreneurs need for any burgeoning businesses to flourish. The City of San Diego’s Economic Development team is thrilled to partner with Startup San Diego on San Diego’s Startup Week and look toward many more years of continued growth and success.”