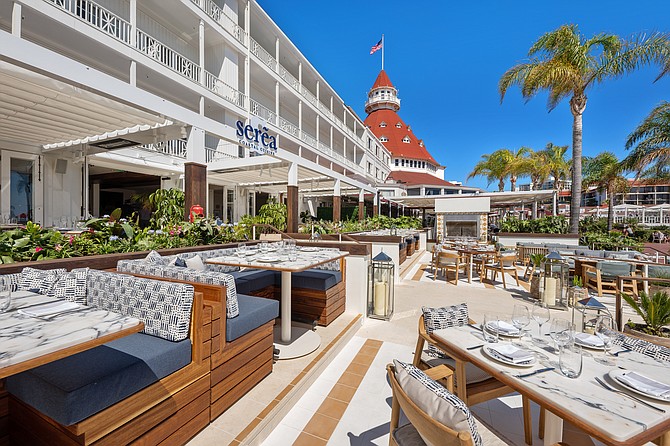 Three years ago, Clique Hospitality, a Las Vegas-based restaurant and nightlife group, made its debut in the San Diego market.

One can imagine it wasn’t terribly challenging for Masi to penetrate the San Diego scene — the Las Vegas businessman by way of Long Island, New York, who has resided in North County the last decade or so, has a reputation that precedes him.

Before launching Clique Hospitaltiy in 2014, with the opening of Clique Bar & Lounge in the Cosmopolitan of Las Vegas, Masi co-founded and sold The Light Group, which is credited, according to many, with revolutionizing the nightlife scene in Sin City in the early 2000s. Responsible for such strip hotspots as 1 OAK Nightclub at The Mirage, The Light Vegas at Mandalay Bay and Yellowtail Japanese Restaurant & Lounge at the Bellagio Hotel & Casino, The Light Group was acquired by the Hakkasan Group in 2014 for $36 million. Shortly after, Clique was formed.

Clique Hospitality, headquartered in Las Vegas with offices in the Gaslamp, owns and operates 17 venues between San Diego and Las Vegas and has approximately 1,800 employees, of which about 400 are local. The company’s revenue, according to Masi, is well over $100 million annually.

But before coming to be, Clique Hospitality was just an ideation in Masi’s head; in 2014, after selling The Light Group, he was trying to figure out his next business move.

“When I created Clique (Bar & Lounge) I kept around like 20 people that I worked with before, so, I had this fully scalable manpower to do more than one place,” said Masi, explaining that Clique Bar & Lounge existed even before Clique Hospitality occurred to him. “I was already living in North County and was like, ‘I would love to do something in San Diego.’ I met the founder of the Pendry, Mike Fuerstman, so we started working on a couple of ideas for The Pendry.”

And, so began the Clique Hospitality trajectory in America’s Finest City.

After The Pendry, Masi was introduced to the Tribal Council for the Sycuan Band of the Kumeyaay Nation. Masi learned about the tribe’s plans to expand and was tapped to head the food and beverage aspect of the $260 million hotel and resort expansion. This included Bull & Bourbon Steakhouse, Elicit Bar & Lounge and the resort’s pool and garden area. The renovated space opened to the public in March.

It was Clique Hospitality’s Las Vegas roots that led Masi and his team to their next San Diego venture. The Blackstone Group, which owns The Cosmopolitan Las Vegas, where Clique Bar & Lounge is housed, also owns the Hotel del Coronado. When it was time to kick off the landmark’s $200 million revitalization, Blackstone leaned on Clique to spearhead the new food place, Serea. The “sea to table” coastal cuisine concept, which Masi said was inspired by “a great beachfront home”, opened its doors earlier this year.

“(He has a) notable track record in Las Vegas that they can use in San Diego... (and) use to their advantage — that is a positive,” Copic said. “At The Pendry, they created an entire environment that aligns well with the vibe of the hotel. At Sycuan, they certainly elevated it and made it more sophisticated. They seem to be looking at concepts holistically, and that is exciting. They’ve developed touch points that will drive customer traffic.”

Still, given the number of hospitality groups in San Diego, including the Cohn Restaurant Group and Busalacchi Restaurants, Clique Hospitality will have to prove its concepts can stand the test of time in the San Diego climate, according to Copic.

“With all the restaurant groups we have in town that have much greater critical mass, they will have to prove these concepts are long-term,” he said. “They have a track record, but they will still have their work cut out.”

Masi’s bout in hospitality spans as far back as his college days. While attending Boston University, where he studied history and education in the hope of becoming a teacher, Masi said he began bussing at a local nightclub. Bussing turned to bartending, and bartending then turned to management. By the time he graduated, Masi was running now-defunct Boston area nightclubs Axis and Karma.

“I looked around and realized, I was making a good living,” he said. “I thought, ‘I could do this or I can go teach.’ So, I stuck with (the hospitality) business.”

In 1998, Masi, by then connected to some of the bigger players in entertainment, moved to Las Vegas at the behest of Isaac Tigrett, founder of Hard Rock Café Inc. and House of Blues. Tigrett had asked Masi to come check out a project he was working on there and, immediately, Masi knew he could make a dent in that space.

“I saw a missing trend in the market,” he said, meaning plenty of casino options but not very many hip and trendy nightlife spots.

Getting to Know the Market

Now, Clique Hospitality is hoping to carve out a niche in San Diego. And, Masi said he probably couldn’t do it without his “incredible team,” adding that, collectively, all the players involved “believe in the highest level of execution.”

Masi said it has also been helpful to live in San Diego well before setting footprints in the market.

“I was living in San Diego for about seven years before we opened our first venue here and it was extremely beneficial to understand our neighborhoods, the lifestyle here in San Diego, how we do business and the market as a whole,” he said. “We really understand who our customer is, and once we understand that and what the market is, what is needed (and) what is missing in the marketplace, we create the concepts. It’s really about understanding those different markets and creating great concepts for those people to enjoy.”

As per what’s next for Clique Hospitality in S.D., Masi is guarded. He offers that the team is looking at “a couple of things… but nothing is locked and loaded.” In the meantime, he said the plan is to make sure what is already set up here is running smoothly and business is performing as promised.