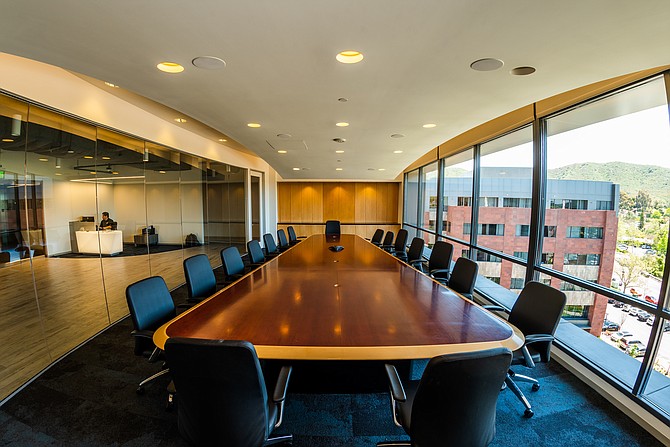 DecisionLogic recently moved into a new office space in Rancho Penasquitos. The company is currently hiring for 5 positions, and hopes to add roughly 80 people to its workforce in the next four years. Photo courtesy of DecisionLogic.

Most consumers know to keep an eye on their credit score. But some lenders are turning to bank statements as a means of approving loans, from small purchases all the way up to mortgages. They turn to companies such as DecisionLogic, a San Diego software firm that has processed more than 36 million consumers’ banking data to qualify potential borrowers.

DecisionLogic CEO David Evans caught onto the opportunity early when he co-founded the company in 2011. Though bank statements had been used in the past for lending, it had always been done on paper.

In the company’s first month of operations, Evans said the company processed 326 bank statements. For 80 percent of those, they had customers calling in to verify that their company was legitimate before logging in with their banking information. Now, with the rise of banking apps and important policy milestones, such as the ESIGN act, DecisionLogic gets much fewer calls, even as it processes about half a million bank statements per month.

Evans hasn’t always been in finance. He previously served as a producer with BBC and AOL before moving to Austin, where he started building software tools using information from data aggregators, such as Yodlee. At one point, a lender approached Evans, and asked him if he could use his software to make a personal bank statement for lending.

“I didn’t know anything about lending really, other than being a consumer with a credit card and a mortgage,” Evans said.

After building an initial prototype, Evans realized these companies weren’t just looking to weed out fraud, but they were also looking for ways to bring more people to get a loan.

“They’re looking for a way to get people to come forward and get a loan. And that really appealed to me because I really hate the credit score business,” he said.

Evans said his company’s software is a better predictor of risk than credit scores. It has more than 2.7 billion transactions in its database, which can show everything from a person’s income to their spending habits, as well as red flags like big cash withdrawals or bounced checks. Importantly, bank statement-based lending can also serve as an alternative for consumers with lower credit scores.

“A lot of these folks, they may be having some sort of life emergency. For example, their car has broken down and they need to fix it to go to work,” DecisionLogic Chief Operating Officer Vlad Arutunian said. “We get a lot of emotion and desperation, and we take that seriously.”

For reasons like these, Arutunian said DecisionLogic decided to make its customer support team easy to access, over the phone, rather than automating calls.

DecisionLogic has taken a slow and steady approach to expansion. The company has grown organically over the last eight years, and currently has 28 employees. The company moved into a new office in Rancho Penasquitos, which will provide room for it to hire 80 more employees in the next four years.

In the future, Evans and Arutunian plan to grow the company by bundling together other services for lenders in a sort of “one-stop shop.” Lenders are looking not only to get the information they need to approve customers, but they also need services to help find customers looking for a loan, help onboard them and transact the actual cash.

“All of those pieces are the sorts of services we could easily do here,” Evans said. “We’re hiring professionals to help us build out different points in the pipeline.”