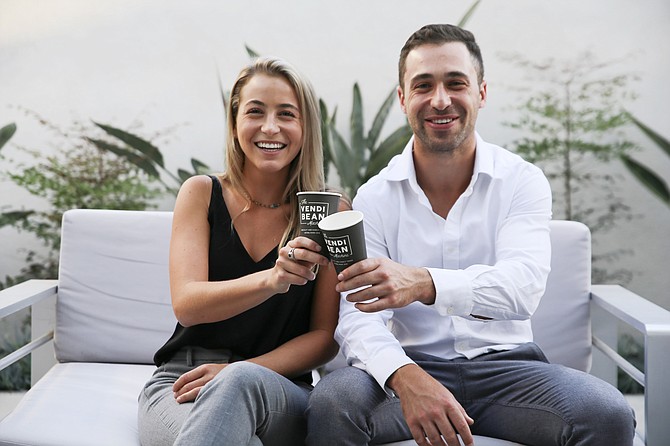 Siblings Teal Cooper (left) and Tristan Cooper (right) co-founded VendiBean in 2017. The company makes vending machines that brew espresso-based beverages at the push of a button. Photo courtesy of VendiBean.

Stuck cramming for finals at the library in the early morning hours, Vendibean co-founder Tristan Cooper needed a boost. But there wasn’t a coffee machine in sight. Struck with an idea, he called his sister, Teal, who was studying abroad in Italy. Why not start their own coffee company?

Co-Founder Teal Cooper said she wanted to create a different experience than the watery, powdered products that most people associate coffee vending machines.

“We wanted to change people’s expectations,” she said. “We didn’t want to compete with local roasters. We wanted to leverage them and build a sense of community with the machines.”

VendiBean has just under 70 machines between San Diego and Orange counties. It has machines on UC San Diego and Palomar College’s campuses, as well as corporate customers in Hewlett Packard, Cox Communications and Kyriba. 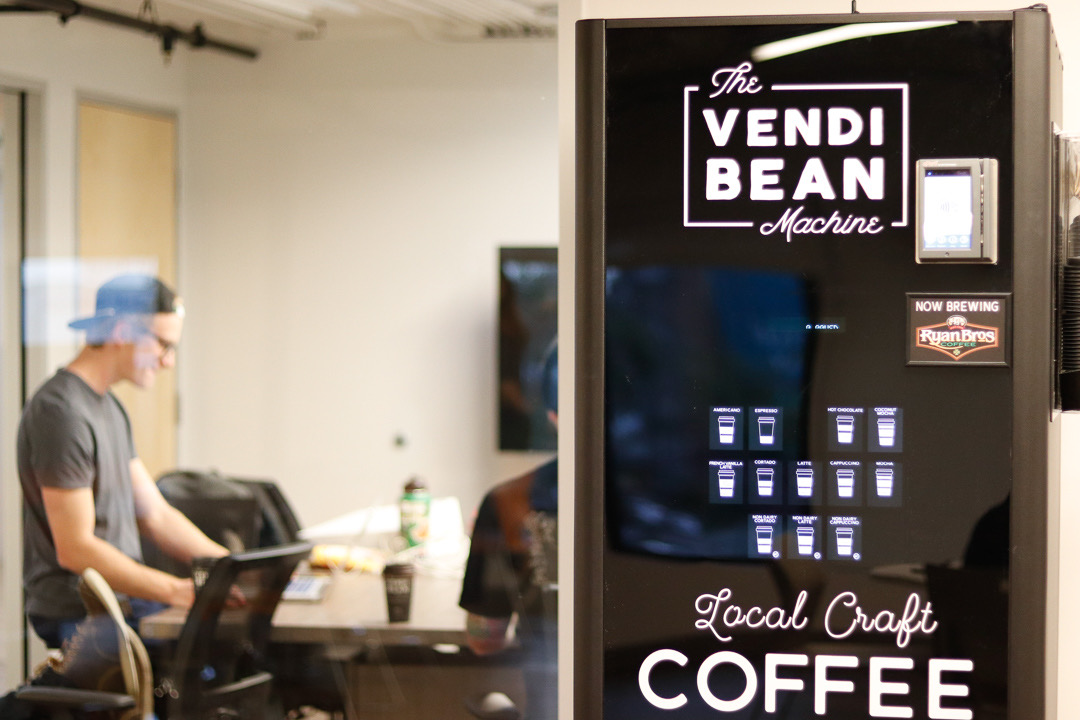 VendiBean demos its recipes at Cross Campus’ coworking space in Little Italy, where the company is currently headquartered. Photo courtesy of VendiBean.

Most of its revenue comes from selling its coffee product through the machines. At retail sites, customers pay for each cup of coffee, which is brewed at the push of a button. It also offers a subscription-based plan for offices that want to offer gratis cappuccinos to their workers.

Though that puts Vendibean in the competitive office coffee market, between Keurig pods and large coffee pots, Tristan Cooper said the quality of its drinks sets it apart. The company sources its technology from a European company that makes automated espresso machines, and chooses local roasters, such as Dark Horse Coffee Roasters, for its beans.

“There are other machines that we’re competing with,” he said. “But the drinks provided (by VendiBean), are higher quality.”

Vendibean hopes to reach 90 to 100 machines by the end of the year, with planned expansions into Los Angeles, San Francisco and Dallas. Next year, the company has a goal of 240 machines. Teal and Tristan Cooper also hope to raise funding to grow their team from five people to 25.

Though VendiBean is now cash-flow positive, and has stellar reviews from customers, the beginning was a bit bumpy. Fresh out of college, Teal and Tristan Cooper launched their first pilot at San Diego State University in 2016. Their initial machine was a flop, Teal Cooper said. It had technical malfunctions and the coffee wasn’t great.

The two began learning as much as they could about the coffee business, vending machines, and switched espresso machine makers, landing an exclusive partnership. They worked with Dark Horse Coffee Roasters to perfect their recipes, and drove between their machines to restock and maintain them.

“In the beginning, we were doing the routes every weekend,” Tristan Cooper said. “We learned everything from the ground up.”

A year and several cups of coffee later, they had a working product. Tristan Cooper said VendiBean is looking to improve its product with every iteration of its machine.

When the company turned profitable earlier this year, it was an emotional moment. Though they still have big plans for growth, Teal Cooper said it’s been satisfying to reflect on how much progress they’ve made so far with the company.

“There have been so many ups and downs. It’s the most rewarding feeling to turn the corner and make a profit; to be able to pay ourselves,” she said. “You have a vision for something and it’s finally happening.”