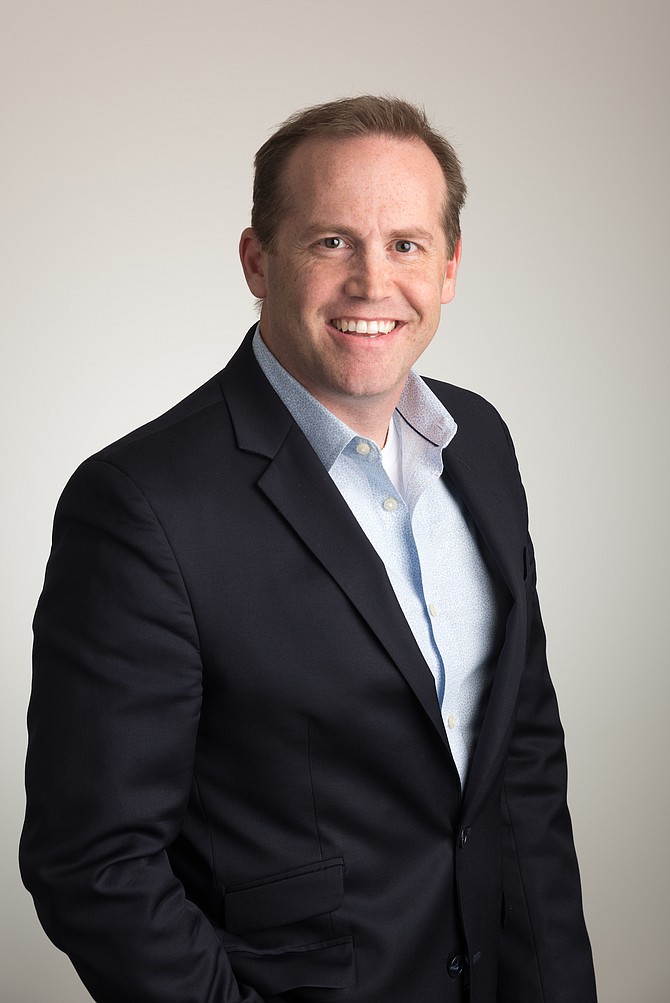 Arcturus Therapeutics went through a messy proxy fight last year that saw the removal and then return of its CEO. With that chapter behind it, the company is vying to be a frontrunner in what could be the next big thing in drug development.

San Diego’s Arcturus is developing messenger RNA drugs, designed to get the body to make its own medicine. These therapeutics look to re-engineer cells to replace lost or defective proteins, the culprit behind many diseases.

“If you look at the majority of the pharmaceutical industry, the therapeutics block, interfere or delete,” said CEO and co-founder Joseph Payne. “Messenger RNA is different. It builds. It creates life in a living person, potentially.”

It’s difficult to coax RNA into cells without the body destroying them first. So, Arcturus developed its own RNA delivery system, the bedrock of its four preclinical programs. In addition, the technology is at the center of partnerships with major pharmaceuticals like Johnson & Johnson.

The dual focus means Arcturus can funnel cash from partnership deals to internal drug development, making the company less reliant on investor cash than most biotechs.

Existing partnerships, according to Arcturus, could potentially yield more than $1 billion in milestone payments and royalties. As a caveat, various milestones have to be hit to realize that full amount.

“We could potentially self-fund the company from these milestones,” Payne said.

Analyst Steve Brozak said Moderna’s valuation stands as a testament to the potential of RNA therapeutics. He believes Arcturus — which has a $163 million market cap — deserves more investor love in the space, highlighting the potential of company’s platform, promising preclinical data and a recent deal with highly regarded Ultragenyx.

“If you look at the quote unquote competitors like Moderna, the recognition that Arcturus is seeing in the capital markets is pretty ridiculous,” said Brozak.

Last month, Bay Area-based Ultragenyx paid Arcturus Therapeutics $6 million in cash and invested $24 million in the company in an expanded collaboration to discover and develop medicines.

Next year Arcturus plans to ask for the OK to put two programs into clinical testing in humans. First up: ARCT-810, aimed at ornithine transcarbamylase deficiency, a rare genetic disease in which high ammonia levels in the blood can cause seizures, coma and death in untreated patients.

Earlier this year Arcturus regained full rights to the flagship program, after partner CureVac opted out of development plans. Despite this, Arcturus said the companies would continue a pact to discover, develop and commercialize molecular therapy drugs.

The other drug candidate knocking on the door of clinical testing: LUNAR-CF. It’s targeting cystic fibrosis, an inherited disorder known for damage to the lungs, digestive system and other organs in the body.

But often it’s difficult to get investor buy-in on preclinical data. Many drugs do well in mice and primates but flop in humans.

Questioned about this, Payne pointed to an RNA drug program from pharmaceutical Alnylam in which preclinical data translated into humans.

“It performs equivalently in mice and more advanced species like primates and humans,” he said.

He added another reason he’s confident in a nexus is because Arcturus in recent years has improved its drug delivery technology for added safety and potency.

Arcturus has a total of four preclinical programs. Last year, though, eyes were on Payne and the company’s board.

Payne was rehired after a months-long legal battle between him and former Arcturus board members. It culminated in a board proxy fight, followed by a settlement agreement that produced four Payne-backed board members, who voted to put him and Chief Scientific Officer Pad Chivukula back in control.

The settlement ended dueling lawsuits, one in which Payne alleged that four past board members — Stuart Collinson, Craig Willett, Daniel Geffken and David Shapiro — improperly seized control of the company and fired him. In separate legal action the four men alleged Payne was behind a questionable transfer of intellectual property.

Asked about the episode, Payne chose his words carefully so as not to run afoul of a disparagement clause in the settlement.

He said the proxy fight was the unexpected byproduct of a reverse merger with Israeli company Alcobra in 2017. The deal took Arcturus public and provided $36 million in cash, but also resulted in a board at odds.

“It was a necessary part of the process. Although it was stressful, the ultimate result was a fantastic board,” Payne said, noting the board chair is Peter Farrell, who founded ResMed, a medical device powerhouse based in San Diego.

Another hitch of the merger was that Arcturus anticipated U.S. redomestication would take several months but it ended up being a year.

Brozak said the board proxy fight indicates there was something worth fighting for.

“The battle was contentious, and in a very perverse way, a validation of the value of the science and technology,” Brozak said.

Payne and Chivukula, the chief scientific officer, founded Arcturus in 2013 after RNA work at biotech Nitto Denko. Payne had long dreamed of running a company.

“To set up your own company, there are a lot of stars that need to line up. You need the right time, the right people, the right idea,” Payne said.

Arcturus got its start at Johnson & Johnson Innovation, or JLABS. The biotech incubator offers up space and equipment, while letting companies retain their intellectual property, in hopes of sourcing promising companies and talent.

Now, Arcturus has 85 employees and a much larger office. It wants to ride RNA to even bigger places.