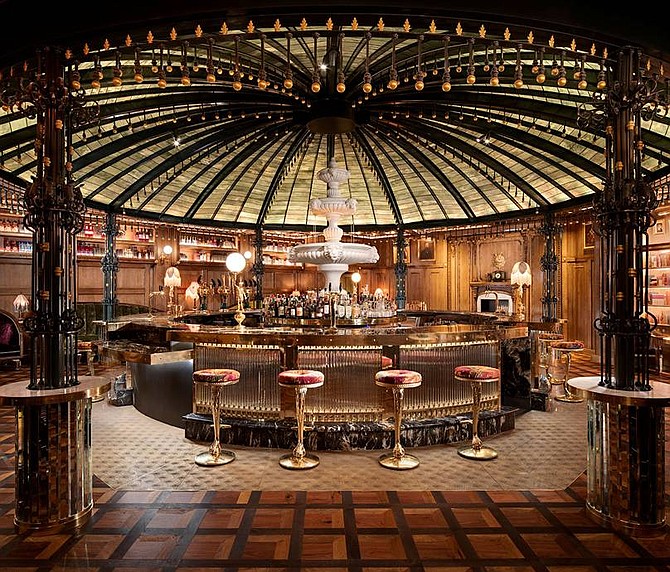 Raised by Wolves, a speakeasy opened by CH Projects in 2018 and located at the Westfield UTC mall, was recently named one of Esquire Magazine’s 2019 “Best Bars in America.” Photo courtesy of Zack Benson.

Consortium Holdings, the San Diego-based social and culinary collective with 16 bars and restaurants throughout the county, touts itself as bringing forth “thoughtful narrative, good design and soulful food and beverage” places to the city.

But, before Consortium Holdings, also known as CH Projects, became the hospitality group behind the likes of Born & Raised, Raised by Wolves, Polite Provisions, False Idol, Noble Experiment and Soda & Swine, among other notable local venues, founder Arsalun Tafazoli found himself frustrated with the bad rap his beloved San Diego’s food and beverage scene had amassed.

“When we started —we loved San Diego, but we wanted a better social dining culture — there weren’t a lot of places focused on locals: local culture, local community, local people (and) making quality things,” said Tafazoli, who launched the East Village-headquartered company in 2008 and has over 600 employees. “People would call our city ‘Blandiego’ (and) that annoyed us. We’ve been pushing back ever since.”

In 2008, with investor money, Tafazoli launched CH Projects with Neighborhood, a pub-grub with a hidden speakeasy in the back, located in the East Village. Since then, and after buying the investors out, all of the company’s profits have gone back into the business, Tafazoli said. And, it has paid off.

In 2016, Polite Provisions, an apothecary-esque cocktail lounge near Mission Valley, was nominated for a James Beard Foundation Award for “Outstanding Bar Program.” Raised by Wolves, a speakeasy opened in 2018 and located at the Westfield UTC Mall, was recently named one of Esquire magazine’s 2019 “Best Bars in America.” In its first year open, Raised by Wolves generated $3.5 million in sales. These are just a few of the many accolades and accomplishments CH Projects has garnered since inception.

Just in the first half of the year, CH Projects opened four of its 16 locations, including Modern Times Invigatorium, the East Village-based coffee shop, and Little Italy’s Morning Glory. According to the company, CH Projects' annual revenue is $50 million.

Miro Copic, marketing professor at San Diego State University, said the secret sauce to CH Projects’ success is that the company is constantly pushing the envelope. 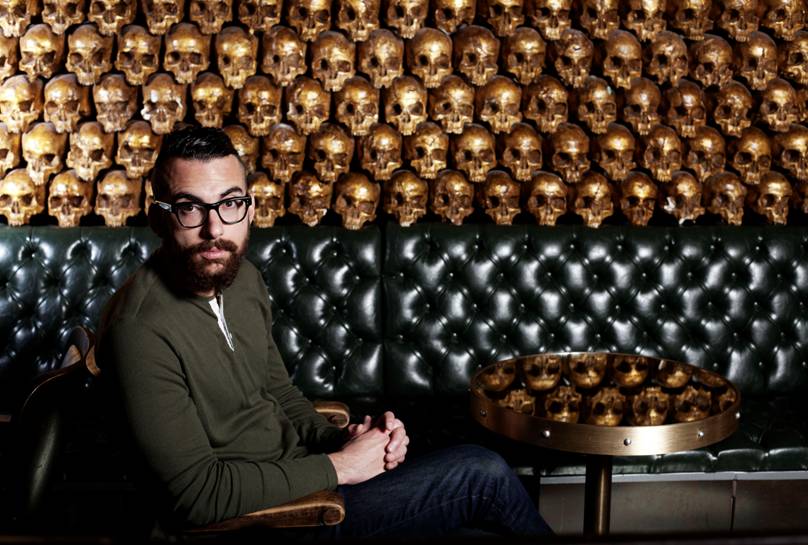 “For San Diego, (CH Projects’ venues are) sophisticated, a little bit eclectic and it pushes the boundaries… this is avant-garde stuff,” Copic said, adding that no detail goes unnoticed for the restaurant group, even down to the messages on the restaurants’ answering machines (the voice on the other end of the line when you call Born & Raised, the little Italy-based steakhouse, has a French accent, he noted). “I think this is what makes them successful — it’s not the same ole, same ole. At Raised by Wolves, there’s an entire wall that spins you around into the actual space, and there is a shop up front. They truly make their locations interesting. It’s an extended experience… These guys take a twist that is generally not expected in San Diego.”

Before starting CH Projects, Tafazoli attended UC San Diego, where he received his BA in political science and economics. After that, he said he got a job as a bouncer at a bar in Pacific Beach — albeit being a solid 130 pounds at the time — which gave him his first taste at how people can and cannot connect to their social surroundings.

“That kind of work gives you the opportunity to spend long periods of time observing people in a given environment and to see the impact the environment has on behavior,” he said. “If you put yourself in an environment with (expletive) products and bad stimulation, they’re going to make you a worse version of yourself. The converse — soulful products, good stimulation — is also true and what we try to create.”

This is the position CH Projects takes with the opening of every location, said Tafazoli, and that is to create an environment conducive to meaningful social interactions and that serves good, thoughtful creations, he said. That “remains the animating principle for every project CH undertakes.”

To achieve this, Tafazoli works with creative partners. For example,

Erick Castro created the bar programs at both Polite Provisions and Raised by Wolves; Chris Patino created the spirits selection at Raised by Wolves; and Paul Basile, of San Diego-based Basile Studio, has been tapped for some of CH Projects’ interior designs. And, Tafazoli often takes research and development-focused trips, mostly to London and New York City, for inspiration.

While the approach has proven successful, it has also been the toughest part of running the business, said Tafazoli. CH Projects has no investors, he said, and that is in large part due to his desire to maintain autonomy. But it hasn’t exactly been easy. It’s also been taxing to be “consistently good,” he said.

“There’s no such thing as a perfect night of service — there are too many people involved, (including) guests and staff,” said Tafazoli. “We’re in the feelings business and feelings aren’t consistent. So, our best night, probably eight out of 10 of our guests go home happy and feeling connected to their experience. That leaves two who might leave feeling like… they hate us. Years of our lives devoted to this business, millions of dollars, and they hate us. That’s hard. That’s never stopped being hard.”