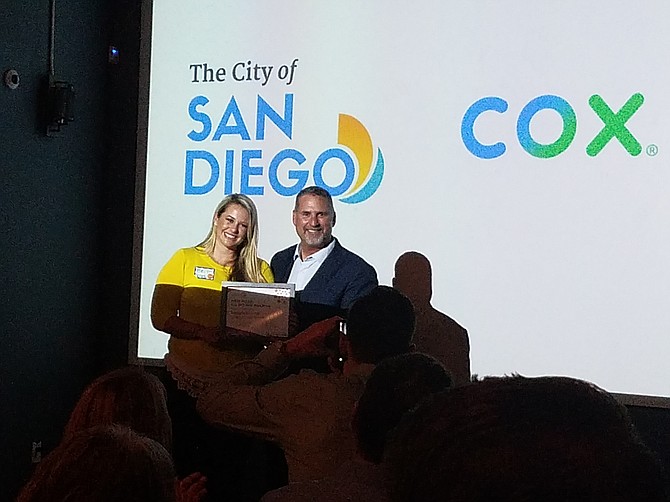 After working in startups for his entire career, Ken Davenport was looking to do something more fulfilling. Seven years ago, he left the company he had cofounded to create Mission Edge, a company that provides back-office support, accounting and HR for nonprofits.

Davenport had planned to support the business through fundraising in order to help Mission Edge’s clients scale up and run their organizations more effectively. However, he quickly realized, he would have to find another way.

Mission Edge is still registered as a 501c3, but it is supported through membership fees, as well as donations. That experience inspired Davenport to create a new program, one to help grow nonprofits and social enterprises with a sustainable business model.

“A lot of our clients struggle month-to-month to make their budget. They don’t know what’s coming in or when. It didn’t make sense that it had to be that way,” Davenport said. “There’s no reason why these organizations that are attacking some of our biggest issues are playing second fiddle to businesses. They shouldn’t have to make do with hand-me-down furniture, finding office space, low salaries, and being in this constant cycle of trying to get people to give you money.”

To date, Mission Edge has graduated four cohorts and 40 organizations through its accelerator programs, including NAMI San Diego and Blue Star San Diego. Its most recent cohort graduated July 16, as part of a pilot program with the City of San Diego.

The program, called City SAIL, was funded through the Department of Housing and Urban Development (HUD)’s Community Development Block Grant program. The goal was to seed economic development in San Diego by supporting local, low- and moderate-income entrepreneurs.

Throughout the workshop, nonprofits learned business fundamentals, including financial modeling, identifying customers, and knowing what value their business brings.

The pitches covered a variety of sectors, from a contemporary dance company looking to make its shows available to the broader public, to an organization working to prevent diabetes by providing nutrition counseling and classes in vulnerable communities.

Brittany Catton, founder and executive director of Sunlight Retreats, said going through the program helped her make progress in getting ready to grow her organization. After working in nonprofits for ten years, she launched Sunlight Retreats in 2017. The three-to-four-day retreat is designed to help survivors of rape, with education on the science of trauma, access to psychologists, and other programs, such as yoga, kickboxing or self-defense classes.

The program was designed after Catton’s own experience. After she had been raped overseas in 2012, she had difficulty finding help. She was referred to a support group at a domestic violence shelter, but was not eligible to attend because of her ZIP code. Other options, such as rehab, can be prohibitively expensive, costing about $1,000 per day.

Five years later, she brought together a group of volunteers and created Sunlight Retreats. 60 people will attend Sunlight’s next retreat in August. To date, Catton has offered one retreat per year, but she hopes to grow the program to four retreats per year to accommodate more people.

“All of these things that took me years to find, drive to and get time off of work, they can experience in an accelerated format,” she said. “It’s really validating to understand the science (of trauma) and be in the room with other survivors.”

Catton is looking to support the program by charging attendees $100 per day for the retreat. She also hopes to raise $300,000 over the next three years to be able to support Sunlight Retreats’ future.

A three-judge panel picked Sunlight Retreats as the winner of the recent pitch competition, based on its plans for sustainable growth.

For the companies, the work doesn’t end with the pitches. For the next phase, Davenport said he plans to offer the startups space where they can work alongside each other and receive ongoing support. Mission Edge currently has space at its Liberty Station office, though Davenport is still looking for a long-term space for Mission Edge’s Impact Lab.

In the long-term, he also hopes to create a fund that can invest in organizations that need additional support.

“We’ve got a lot of innovative ways to solve problems,” he said. “The more we seed people’s creativity and give them a venue to help them figure it out, the more we can help.”