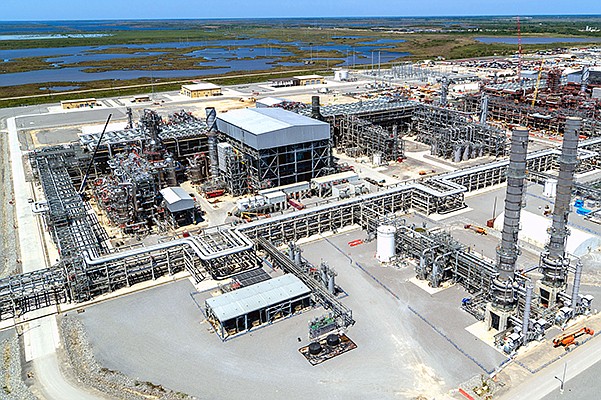 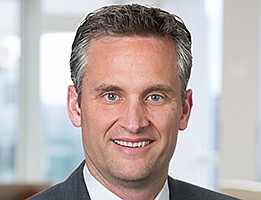 This year has already been a year of milestones for Sempra LNG.

In the last four months, the energy company has been approved to export liquefied natural gas (LNG) to countries — via Mexico — without a free-trade agreement with the U.S.. Sempra’s Port Arthur liquefaction and export project in Texas has received its final Federal Energy Regulatory Commission (FERC) approvals, and the first compression train of its Cameron LNG project in Louisiana has reached final commissioning.

LNG Trains, in their most basic form, compress natural gas to liquid form for shipping and export purposes. Sempra LNG has allotted $10 billion for the Cameron I facility which will include three compression trains.

Stacey Morris, director of research at Alerian, said peak nameplate capacity of LNG exports in the U.S. sits at just under 5 billion cubic feet per day. Sempra’s growth potential, she said, is centered on the company’s experience in infrastructure and current projections for LNG demand by 2040, which the International Energy Agency estimates to increase to 2,806 billion cubic feet-per-year from 1,963 billion in 2017 in Eurasia alone.

“To put it another way, Cameron Train 1 expands existing US LNG export capacity by 10-15 percent,” she said.

Sempra LNG President Justin Bird recently spoke to the San Diego Business Journal about the challenges of establishing and growing a division, and what is ahead for the energy company as it secures global partners for LNG distribution. Bird joined Sempra in 2004 and served as a principal counsel, director of project finance and vice president of gas and infrastructure special counsel before being appointed president in March. His experience at the company, he said, led him to arrange the financing for the Cameron I export facility and work on Sempra’s Energia Costa Azul (ECA) regasification facility in Baja California. Below are excerpts from the interview.

Q: Having worked on these projects since you joined the company, how does it feel to see regulatory hurdles cleared for LNG exports?

A: It’s an exciting time to take clean, affordable natural gas from the U.S. in the form of LNG and get it out to other places in the world as they transition to cleaner fuels. The opportunity is here and it is really up to us to execute. We had some momentum going last year as well — we signed an MOU with Total SA., [French Oil and gas company] and we signed our heads of agreement with Mitsui, Total and Tokyo Gas for the capacity of ECA.

Q: Sempra LNG recently announced the Cameron I facility in Louisiana is nearing start of production?

A: We expect to have our first train at Cameron operating by the end of this quarter. All of the capacity at Cameron has been contracted. Cameron has been sold for some time to Mitsui, Mitsubishi and Total. Each of them will take that LNG and either put it in their global portfolio or will have subsequent sales to its users.

Q: Do you have a projection for how much you are going to export for this year and next year when all three trains are operational?

At Port Arthur, we have entered into a 2 MTPA sale and purchase agreement with the oil and gas company PGNiG in Poland. We are currently in talks for its volume and we hope to take final investment decisions at the end of this year or next quarter.

Q: Will changes in LNG pricing worldwide due to increased production by other nations and corporations affect Sempra’s strategy going forward?

Asia, just given the size of the market, is growing substantially because of China and other Asian companies transitioning from coal. The other thing we’re seeing is growth in Europe and some of that has to do with energy security.

Q: How do these circumstances translate to a business opportunity for Sempra?

A: We now expect the range of earnings for Cameron, for Sempra, to be around $450 million per year. That is phase I of Cameron and we are working on Phase II of Cameron. We haven’t come out with public numbers for [Cameron II, Port Arthur and ECA], but you can do some math and infer the ranges.

Q: How is the adoption of LNG itself driving the business model of Sempra LNG?

Given the U.S. natural gas supply, the depth of our capital markets, our abundance of gas and our ability to price up an index, we thought the U.S. would play a major role in supplying that demand. We are in a privileged position to capture that opportunity.