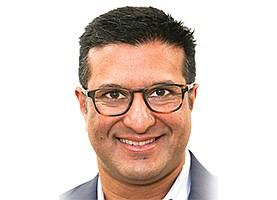 SDBJ 500 recap: After taking the reins of Arena Pharmaceuticals in 2016, Amit Munshi orchestrated a company comeback. Arena under his leadership got out of the disappointing weight-loss drug market, focusing instead on a promising drug pipeline. Most notable in the hopper: etrasimod. The drug’s mid-stage clinical trial data indicated patient remission against an inflammatory bowel disease called ulcerative colitis. The quality of compounds attracted Munshi to the job, along with his history of turnarounds, including a stint as a general manager of Amgen Europe. Prior to Arena, he was the CEO of Massachusetts-based Epirus Biopharmaceuticals. Munshi is also on the boards of Cytrellis Biosystems and Pulmatrix.