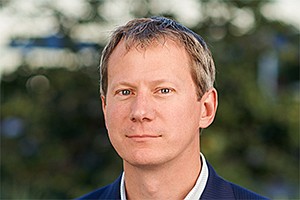 Poseida Therapeutics raised $142 million in a Series C round to advance therapies that alter immune cells to kill cancer.

San Diego-based Poseida is working in CAR-T therapy, in which a patient’s T cells are engineered to fight cancer cells. The San Diego company developed what are called stem cell memory T cells. They aim to be safer — and last much longer — than early CAR-T products.

In early January, Poseida laid the groundwork for a $115 million IPO, which the government shutdown delayed. As a silver lining, that gave Poseida more time to talk with Novartis and other investors, sparking the Series C round, according to Ostertag.

“Certainly now we have more than enough funds and optionality to either go back to the IPO process later in the year, or early next year, or even postpone it to later,” he said.

The company says its efforts could produce single-treatment cures for certain cancers and rare genetic diseases. This fits with Novartis’ embrace of gene and cellular therapies, in hopes of finding cures.

“We’re getting into gene therapies and cell therapies that could cure patients of disease, and my belief is there are a lot of diseases we could tackle with these technologies and really provide cures,” said Novartis CEO Vas Narasimhan in a January interview on the TV show “Mad Money.”

Novartis’ stake in Poseida hasn’t been disclosed. Through the investment the pharmaceutical giant gained a seat on Poseida’s board.

Poseida’s lead candidate — P-BCMA-101, for relapsed multiple myeloma — is enrolling patients in a phase 2 trial. The company has three additional CAR-T programs — and said it has an emerging pipeline that includes gene therapies for orphan genetic diseases.

Ostertag said Poseida differentiated itself in CAR-T therapy, both through the stem cell memory T cells that can last decades if not a lifetime, and non-viral DNA technology that delivers them.

With 75 employees, Ostertag said the company plans to have 100 workers by year’s end.

Poseida is a spinout of Transposagen Biopharmaceuticals, which Ostertag had helmed.