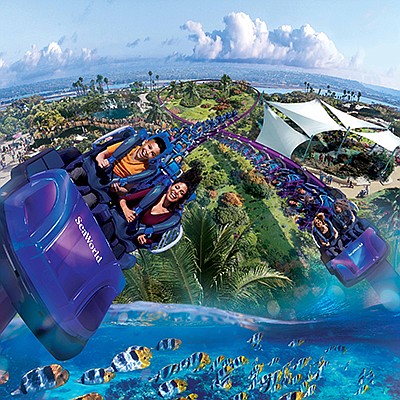 Right, SeaWorld San Diego will debut its new coaster, the Tidal Twister, on May 24, as well as a new four-weekend concert series in early May called Viva la Música. Photo courtesy of Sea World 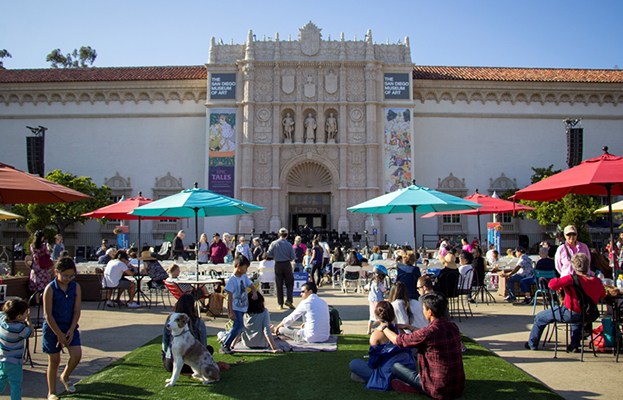 The various organizations at the 1,200-acre Balboa Park usually have their individual marketing teams come up with fun and enticing ways to bring more visitors to the park during the hotter season. Photo courtesy of Balboa Park 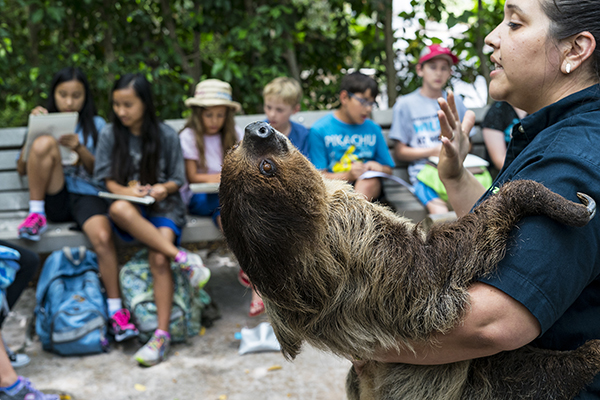 Recently, the San Diego Zoo completed a $68 million exhibit dubbed the Conrad Prebys Africa Rocks, which transformed eight acres of the zoo into six new habitats that focus on biodiversity from the African continent. Photo courtesy of the San Diego Zoo

As summer approaches, attractions in San Diego County, like the San Diego Zoo, Balboa Park and SeaWorld San Diego, among others, ramp up their offerings in order to capitalize on the seasonal rush of visitors. For good reason.

According to the San Diego Tourism Authority, San Diego hosts nearly 35.8 million visitors a year. Tourism is the second largest industry in San Diego with visitors spending nearly $11.5 billion annually. A recent report conducted by the New York University School of Professional Studies states 80 percent of families take vacation during the summer, and earlier this year Forbes named San Diego as one of the top 14 destinations in the world to visit in 2019.

David Koontz, director of communications at SeaWorld San Diego, said the park is always actively working on creating new and exciting reasons for both pass members and first-time guests to visit.

“At SeaWorld, we are constantly adding new attractions and refreshing existing attractions, exhibits and seasonal events,” he said, adding the park will debut its new coaster, the Tidal Twister, on May 24, as well as a new four-weekend concert series in early May called Viva La Musica, in collaboration with Coca-Cola.

Built by Skyline Attractions, LLC, headquartered in Orlando, Florida, the Tidal Twister is a horizontal, figure-eight, dueling coaster that accelerates to 30 mph, elevates 16 feet off the ground and holds a total of 16 passengers by way of two trains. Tidal Twister will be located in the northwest corner of the park, adjacent to the Aquaria touch pool and aquarium.

Meanwhile, Viva la Musica is a Latin Music series that will feature live performances from regional Mexican musical artists, as well as food and beverage offerings, a live DJ and community dancers. The performances will take place at the Nautilus Amphitheater and will have an adjacent festival area called the Zocalo, located between Wild Arctic and the Penguin Encounter.

In 2018, SeaWorld Parks & Entertainment saw its first annual gain in attendance since 2015 and appeared to have finally shaken off the backlash it received post the 2013 documentary “Blackfish,” which questioned SeaWorld’s treatment of its killer whales. Last year, total visitation grew by approximately 1.8 million guests to reach 22.6 million, an increase of 8.6 percent. Company revenue also rose by 8.6 percent, reaching $1.37 billion in 2018.

Koontz said summer is the busiest time of year for visitation for the park, but declined to offer specific figures.

Paula Peter, marketing professor at San Diego State University, said destinations, much like SeaWorld, have to continue to reinvent themselves and focus more on the experiential offerings.

“SeaWorld is a very good example of a park that had to start reinventing itself to bypass controversy,” she said. “They now have rides that attract visitors more so than just their marine life. It is still a prominent part of their business, but if you go on their website, the first thing you see is a family on a ride. It is becoming more prevalent, not just for those trying to overcome bad press, to focus more on the experiential side.”

Peter said today’s consumer is demanding more and more of these types of experiences that don’t necessarily reflect what these parks were in the past or for a long time. Part of the reason for this, she said, is because of the social media era. Attendees don’t only want to create good memories, she said, they want what is also shareable online.

“Amusement parks, no matter the type, are shifting in that direction to address the needs of the consumers that pay a lot of money to visit the attractions,” Peter said. “They have to evolve to make sure people visit them, to cater to the new generation and to stay relevant.”

Michael Warburton, director of parkwide communications for the cultural partnership at Balboa Park, said the various organizations at the 1,200-acre location usually have their individual marketing teams come up with fun and enticing ways to bring more visitors to the park during the hotter season. This includes bringing in food trucks on Friday nights, city-organized concerts from local and regional bands held at the Spreckels Organ Pavilion, and partnerships with other companies like Lyft, which has offered discounts to the park during specific hours in the summer months in previous years.

Warburton said he also works closely with the cultural businesses on the property, like the museums, to come up with collective programs, as well. For example, an external website was created to highlight all of the summer offerings throughout all of the organizations in the park last year. Warburton said the same will happen again this summer.

“We try to simplify all of the information into this micro site which quickly points people to where they can eat, where they can shop and what the summer schedule is,” he said, adding there are about 20 places where people can grab a bite in Balboa Park.

Although it is difficult for Balboa Park to quantify the amount of visitors it sees each day, mostly because not everyone enters a museum or goes to the theater when they are there (some go to jog around the park or walk their dogs, for example), data compiled by Washington-D.C.-based Americans for the Arts, a nonprofit that works on advancing the arts and arts education, states that nearly 7 million visitors attended Balboa Park events in 2017 and that total event-related expenditures were about $290 million.

Warburton said they have begun to implement a system throughout the property that will ask visitors to enter their ZIP codes. This will later be used to better identify who the Balboa Park visitor is so that the marketing team can cater to them more specifically in the near future. He also added that Balboa Park is working with the San Diego Tourism Authority to help boost the reputation of Balboa Park nationally and internationally through funding from the San Diego Tourism Marketing District. So far, as part of the launch, National Geographic ran a four-part series last year about San Diego with a huge emphasis on Balboa Park. This year, The New York Times will partner with Balboa Park for content.

On the experiential side is the Animals in Action program that will give guests the opportunity to meet some of the zoo’s expert animal trainers. Additionally, the zoo will offer this summer the VIP Experience, where guests can go to off-exhibit areas and get more upclose animal interactions. As part of the VIP pass, guests can spend the whole day at the zoo and get a sit-down lunch at a zoo restaurant.

Other special events at the San Diego Zoo this summer include the Rendezvous in the Zoo black tie fundraiser, Nighttime Zoo, which runs from June 16 to Sept. 2. and Summer Safari, which features additional entertainment, drink specials and other promotions, and runs from May 25 to Sept. 1.

Ted Molter, chief marketing officer at the San Diego Zoo, said the zoo has about 600,000 individual members and close to four million guests each year. He also added that, starting this year, the San Diego Zoo Safari Park is staying open late on Mondays and Tuesdays starting June 10 to July 30, as a special treat to locals who may have the flexibility and preference of visiting during a weekday versus on a weekend day, when it tends to be more crowded.