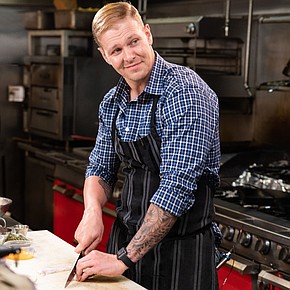 Moiles grew up in Massachusetts and received his culinary training at Johnson & Wales University in Rhode Island. At the age of 23, he got his first job as executive chef and in his mid-30s and after working the Massachusetts restaurant scene for over a decade, he relocated to San Diego for more opportunities.

The Patio Group was founded by business woman Gina Champion Cain and includes restaurants like Fireside by the Patio, The Patio on Goldfinch, The Patio on Lamont and The Patio Marketplaces, among others.