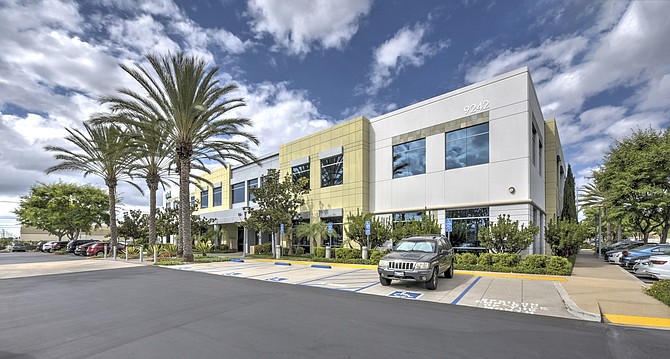 A Kearny Mesa office complex has been sold for $39.8 million.

Spectrum Corporate Plaza, 9242 and 9246 Lightwave Ave., was sold to Washington Capital Management of Seattle on behalf of a client.

The client was not disclosed nor was the seller.

Spectrum Corporate Plaza is comprised of two buildings totaling of 129,146 square feet on a 6.4 acre lot with 514 parking spaces.

The complex was 95 percent leased at the time of the sale. Tenants included Epsilon Systems, Henkels & McCoy and San Diego Workforce Partnership.

Working on the sale on behalf of the seller were Louay Alsadek, Hunter Rowe and Brad Black of CBRE.

“Spectrum Corporate Plaza has been one of the best performing Class A assets in Kearny Mesa, maintaining over 90 percent occupancy since it was built in 2008, which made it a great prospect for the clients of Washington Capital in an off-market deal,” Alsadek said. “Spectrum Corporate Plaza has easy access to Interstate 805 and state Route 52, and the tenants enjoy numerous nearby restaurants and all the amenities within walking-distance on Clairemont Mesa Boulevard.