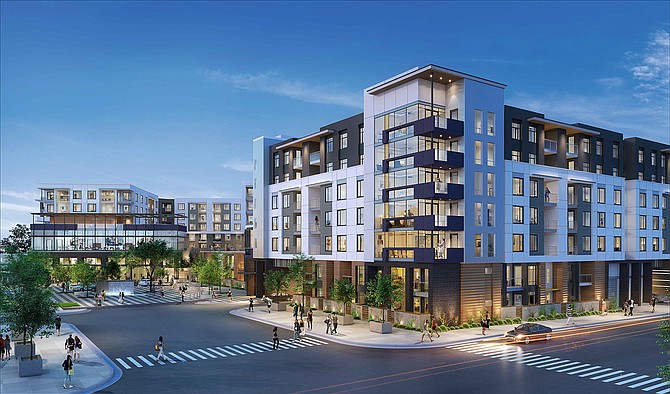 Sunroad Enterprises has received a $145 million loan for construction of its Vive Lux apartment building in Kearny Mesa.

The loan for the project was from PCCP LLC (Pacific Coast Capital Partners), which has offices in Los Angeles, San Francisco, New York and Atlanta.

“PCCP is pleased to provide this senior loan to Sunroad Enterprises, an experience and proven developer in this market,” said Michael Johnson, PCCP senior vice president. “The Kearny Mesa area is well located near a number of employment centers.”

Combined with the lack of available land for new development and the quality of the planned project, “We see this project helping to meet the strong rental demand here,” Johnson said.

Vive Lux will be built adjacent to Sunroad’s 11-story Centrum office building at 8620 Spectrum Road and is the final piece to the company’s redevelopment of a portion of what had been a massive General Dynamics complex.