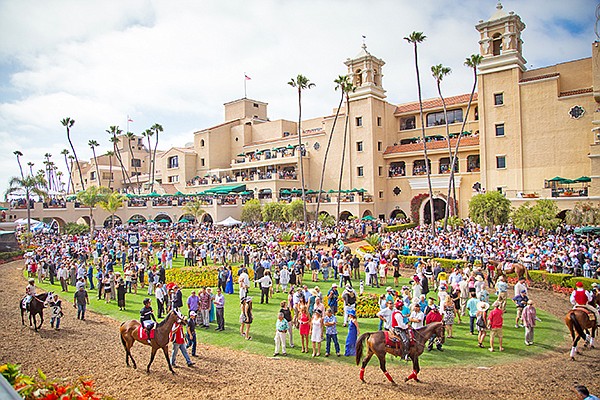 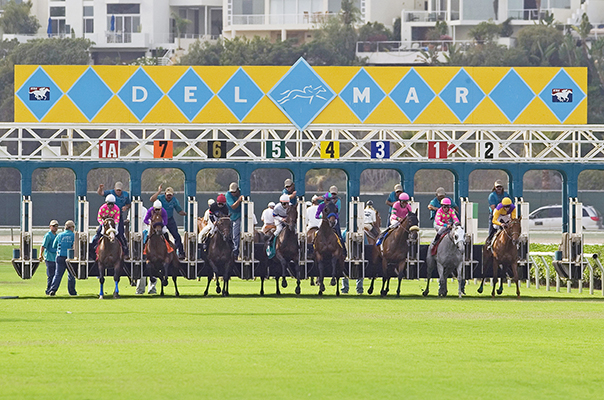 When the Del Mar Fairgrounds comes to mind, one may immediately think of horse races or the San Diego County Fair. And, rightfully so, as these are two of the biggest events the fairgrounds hosts each year, with 1.5 million attendees expected this year for the former and almost three million attendees for the latter.

But, the Del Mar Fairgrounds, a California state-owned property operated by the 22nd District Agricultural Association, a state agency, is more than just carnival rides and horses. Founded in 1936, the fairgrounds, at 340 acres with the adjacent 63-acre Del Mar Horsepark, hosts over 300 events annually, including the Kaaboo Festival and the Del Mar National Horse Show. The venue has an annual economic impact on San Diego County of about $600 million. In 2017, the Del Mar Fairgrounds hosted its first Breeders’ Cup World Championship, the annual thoroughbred horse race, and because of its record numbers, will host the national event again in 2021. In 2017, because of the Breeders’ Cup, the economic impact of the fairgrounds was $700 million.

Kerri Kapich, chief operating officer of the San Diego Tourism Authority, said the fairgrounds bring travelers and their dollars into the county and helps set up San Diego as an “exciting destination.”

“The fairgrounds is able to host a wide variety of events that can attract people to San Diego and bring new dollars to our regional economy,” she said. “They are spending that money in a variety of ways — through transportation, hotels, restaurants and doing a variety of different activities.” This also includes local jobs created as a result of the events and for the improvements of the grounds, she said.

According to Tim Fennell, CEO of the 22nd District Agricultural Association, the San Diego County Fair is the largest such event that takes place in California and one of the largest in North America.

“I started working at the fairgrounds in 1993 and at that time, we were doing 100 events a year,” he said. “Now, we do over 300 events. We went from 20 fair days to 27 and only had one race meet then and now we have two a year. We have anywhere from 200 to 2,000 part-time employees depending on the time of the year and create the equivalent of five to six thousand jobs a year as a result.” The fairgrounds has nine members on the board of directors and 185 permanent employees.

From a financial standpoint, Fennel said the Del Mar Fairgrounds is broken down into three revenue-generating categories: the annual fair, the horse meets and then all the other events, which include Scream Zone, a haunted house attraction held from September to Halloween, and the San Diego Kids Expo and Fair.

In coming weeks, a fourth group will be added to the equation, he said, when the Surfside Race Place, the Del Mar Fairgrounds satellite wagering facility where off-track betting takes place, is converted into an entertainment venue. The space will consist of a concert area, a bar, e-sports and the traditional satellite wagering as well.

In 1970, through a bid process, the Del Mar Thoroughbred Club (DMTC) was selected to operate the thoroughbred race meets that now take place twice a year at the fairgrounds. Mike Ernst, executive vice president and chief financial officer of the club, said that through a unique agreement and because the company is a C corp., or a corporation in which the 11 owners or shareholders are taxed separately from the entity, all of the profits are paid to the state for reinvestment in the fairgrounds and racing.

“We are for-profit — every dollar we make we pay back to the 22nd District, which is the agency that pays the bonds, kind of like the sister agency,” said Ernst. “That money, in turn, is reinvested back into the capital project for the fairgrounds to further its business.”

Since DMTC’s assignment, Ernst said the races at the Del Mar Fairgrounds have really flourished. “In the horse racing world (we) are probably considered one of the top in the United States,” he said. That status was further established in 2014, after the Betfair Hollywood Park in Inglewood closed and Del Mar Fairgrounds was able to win the November race dates from the California Horse Racing Board that would normally be hosted at Betfair. That first week in the 11th month is also when the Breeders’ Cup World Championship takes place, and so, in 2017, the Del Mar Fairgrounds was selected to host the widely watched event, which further boosted its credibility.

According to a study conducted by third-party research firm SMRI, the result of the 2017 Breeders’ Cup was a record-high economic impact of $96 million. DMTC will host the race again in 2021. Ernst said that when the DMTC started handling the races for the state in 1970, the company was very intentional in morphing the fairgrounds from just a vacation stop in the racing circuit to one of the major race meets in the country and maybe even in the nation.

Part of the plan included making sure the Del Mar Fairgrounds was as safe as possible for its races and its horses. Earlier this year, the main racetrack at Arcadia’s Santa Anita Park closed due to the deaths of 22 horses in a matter of two months. Ernst said, to prevent things like this from happening at Del Mar, the fairgrounds enhanced its safety protocol just a couple of years ago. Before, the races would run for eight weeks but now run for seven weeks, he said. Although it cost the fairgrounds about $1.5 million in profit to take the eighth week off the schedule for maintenance, Ernst said the grounds needed the extra days to make sure the racetrack was as safe as it could be. 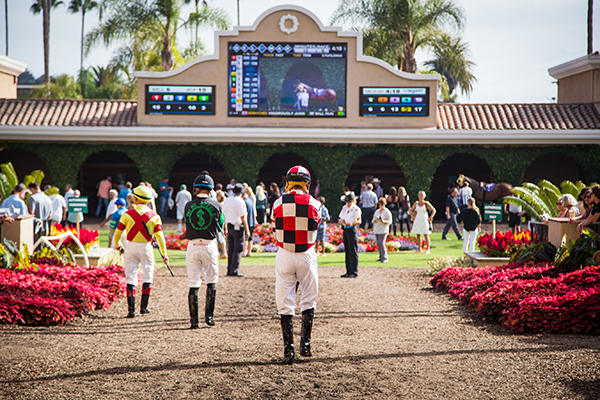 “It takes time to get tracks in good shape,” he said, adding that, additionally, the number of horses stabled at the fairgrounds for the summer was reduced from 2,100 horses to 1,800. “By having fewer horses here it puts less strain on the tracks. It cost us a million and a half in profit, but, we knew to focus on the safety of the horses was the (right) thing to do for the company in the long term.”

He said the DMTC added additional vets — for a total of three on the grounds every day — to examine every horse and determine if the equine is in the right condition to run. He added that last summer, the Del Mar Fairgrounds had about 470,000 people come for the summer races and about 74,000 for the fall meet.

The biggest growth the DMTC has seen lately is in wagering over the internet. Thus, the number in actual attendees at the Del Mar Fairgrounds has decreased, but the number of people wagering on the web continues to grow and the amount of revenue the grounds receives has grown as well.

Overall, what the Del Mar Fairgrounds is most proud of is its contribution to the local economy, said Ernst. Last year, just about $20 million was generated from the races and was reinvested into the city through sales tax revenue, charities in California and to UC Davis for research on horses.