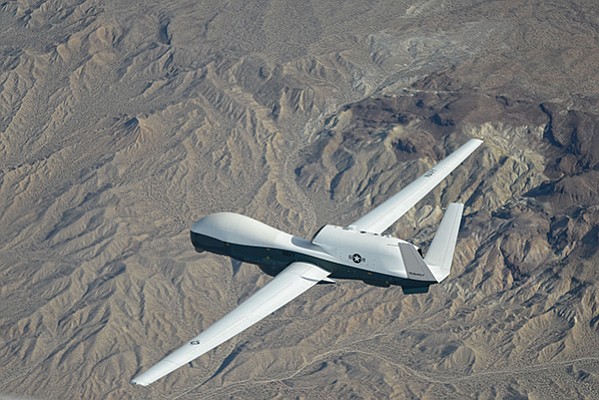 That note was part of the company’s earnings announcement released Oct. 24. Northrop Grumman (NYSE: NOC) did not include financial details on the two autonomous aircraft programs. Rancho Bernardo is home base for both the Triton and Global Hawk programs.

Triton is a U.S. Navy aircraft for intelligence, surveillance and reconnaissance. Its sensor package is designed for missions over the ocean. The U.S. Navy plans to buy 68 Triton aircraft, which can fly as high as 10 miles and stay aloft for more than 24 hours. This summer, Northrop Grumman announced it would sell Tritons to Australia.

Global Hawk performs similar intelligence, surveillance and reconnaissance functions for the U.S. Air Force. It was originally developed by Teledyne Ryan, which Northrop Grumman acquired in 1999.