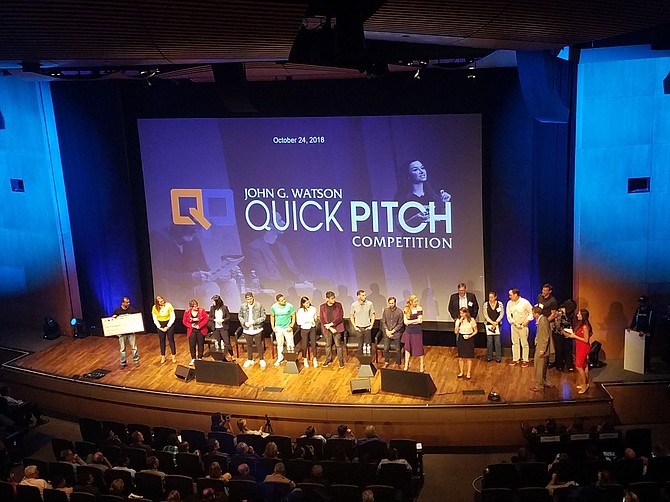 Tech Coast Angels and the San Diego Venture Group teamed up again to host the event. This year also brought a new partner, Cox Business, after the company hosted its own pitch competition in 2017.

From the ten finalists, a panel of judges picked the top three winners:

• Neuralace Medical, a medical device company that seeks to relieve chronic nerve pain without the use of opioids, was the judges’ top pick, winning the top prize of $50,000. The company raised a $1.1 million seed round, and is in the process of raising a $2 million series A round to secure FDA approval.

• In second place, Yembo, a company that uses artificial intelligence to help coordinate moving, won $10,000. Yembo was also the audience’s top pick (judged by who brought the loudest cheers), bringing in an additional $10,000.

• In third place, Lynx Biosciences Inc. won $5,000. The startup develops personalized cancer treatments for patients by putting a cancer cell biopsy in a simulated natural environment, and testing its response to different treatments.

“Our focus was on picking companies that were fundable, scalable and capable of creating a truly tremendous company going forward,” he said.

Even for the companies that didn’t win, the exposure in front of a large audience of investors can lead to future funding. In the past, Tech Coast Angels has invested more than $3 million in Quick Pitch participants. Read the full list of finalists here.