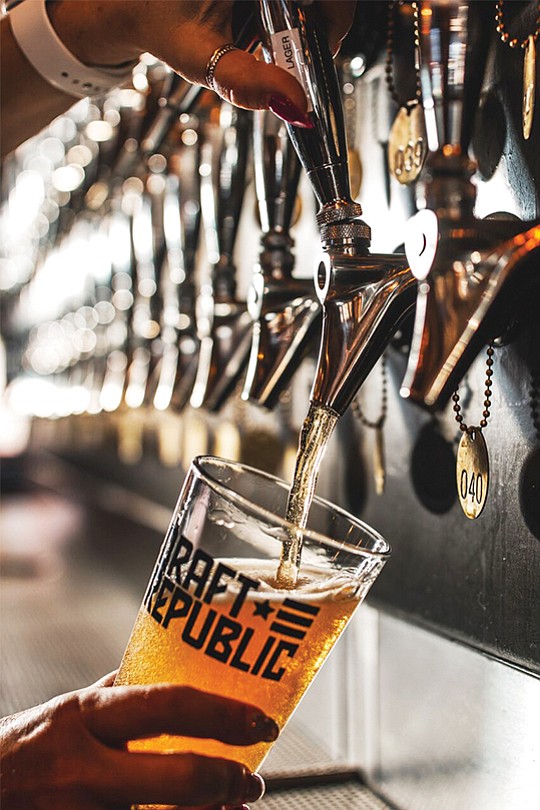 For a little over two decades, Brigantine Restaurant Corp., founded in 1969 in San Diego, had collaborated with Pacific Beach-based Karl Strauss Brewing Co. for the creation of its house beer, Brig Brew. But as of 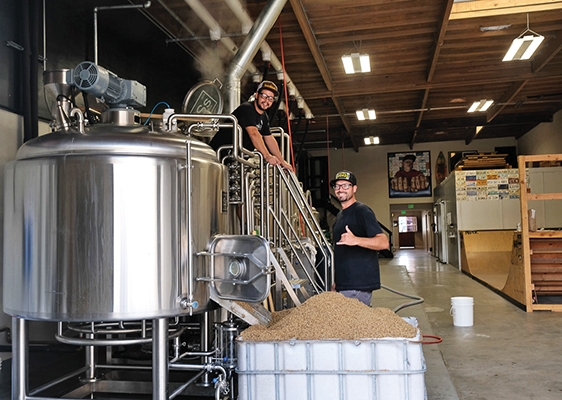 March, the company, which owns and operates 15 restaurants in the county including seven Brigantine Seafood & Oyster Bars, six Miguel’s Cocinas, its test kitchen Brig HQ, and its latest, Ketch Grill & Taps, in Point Loma, has been brewing its own beer by way of its own brewery/tasting room, Ketch Brewing.

“As Strauss has grown, we became a smaller part of that, and, so we decided in order for us to get a good, consistent product and have more input in the flavor, we wanted more control over it,” said Mike Morton Jr., president and CEO of Brigantine restaurants, adding the company already had the space for its own fermenting production at its 15,000 square foot Kearny Mesa-located corporate headquarters. “We decided to leverage the space and knew we had a good distribution channel by way of our restaurants. So, we hired brewer Sam Billheimer, formerly from North Park’s Fall Brewing Co., and basically began brewing enough to keep up with our restaurants for now.”

By June, Brigantine already had several hundred barrels of a golden ale, a lager, a kolsch and an IPA ready for distribution at its properties, with a 100-barrels manufacturing stream month-over-month to date. According to Morton, a stout is currently in the brewing tank and will be ready for its first taste in a couple of weeks and the plan is to eventually make enough of each to sell in liquor stores.

“Right now, it’s selling really well as is,” said Morton of the Brigantine beers. “Our beers are selling 3 to 1 in comparison to our 18 other offerings here.” 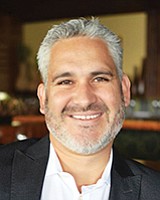 Brigantine isn’t the only local restaurant or restaurant group that has taken an interest in the San Diego craft beer market. Much like it, and others before it like Karl Strauss and Pizza Port Brewing Company, Cohn Restaurant Group, which owns and operates 25 restaurants in Southern California and Hawaii, and Hodad’s, with two full-service restaurants in the county and five stands at Petco Park, have also taken calculated leaps of faith into the once-booming craft beer scene despite it recently plateauing.

Maurice DiMarino, Cohn Restaurant Group’s beverage director, says, for Cohn and high-volume companies like it, brewing their own beer is financially beneficial because it cuts the cost of having to purchase beer from other breweries.

“The companies that are delving into this are doing it because they have enough of a financial outlet to make it worth their while,” said DiMarino, adding that Cohn’s goal is to produce enough beer to supply all of its restaurants. “The main concern for restaurants has been seeing breweries open where they sell the beer for $4-$5 a pint to the consumer and the restaurant across the street is serving the same beer for two times the price. It makes it more difficult for restaurants to compete … That is the reason so many restaurants are going in this direction of brewing their own: It cuts cost and allows you to also compete in the desirable beer market at that level.”

DiMarino added Cohn will still need to sell its beer to a distributor, which will increase the cost of the beer. So, while the group will save some money overall, Cohn is looking to create a new experience for its patrons that includes a family feel/beer garden. 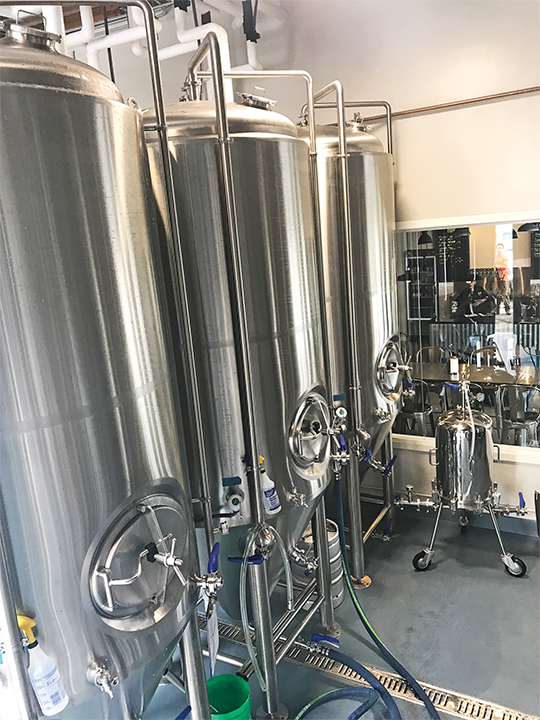 Additionally, the revenue-boost an already-established restaurant can potentially get from selling its own beer to its clientele and new customers alike can be significant. According to a report released early October by the San Diego Brewers Guild and the California State University San Marcos Office of Business Research & Analysis, San Diego County craft brewers produced an economic impact of about $1.1 billion in output and generated about $802 million in revenue for 2017.

“A restaurant that brews its own beer might elevate its offerings and credibility in the beer arena,” says San Diego State University Marketing professor Miro Copic. “For a company like Hodad’s, their own beer can be more distinctive of their brand and can align more with their signature burgers. Overall, it enhances a company’s image and can extend the experience of any establishment.”

Cohn’s latest endeavor, Draft Republic Brewing Co., will be a 25,000 square-foot indoor-outdoor restaurant, brewery and event space on a two-acre parcel in La Mesa. The location will include a 17-barrel brewing system that will produce a lager and a blonde ale for sure, says DiMarino, and is scheduled to open fall 2019.

“Our company was doing this back like 20 years ago with Hang Ten Brewing, so, this isn’t new to us,” said DiMarino, adding that although the company wasn’t exactly looking to step foot into the craft beer sector again, when the opportunity to buy a location that already had the brewing equipment came up, Cohn jumped on it. “We weren’t actively seeking or thinking about brewing our own beer again, but, this was timely and allowed us to create a different experience for our guests as a result. The location has plenty of space for not just the brewery, but also miniature golf, an outdoor shuffle board and other fun offerings. We are just taking advantage of the space and giving the neighborhood something that it might’ve not quite had yet.” 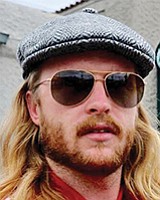 Shane Hardin, co-owner of Hodad’s, established in 1969, says the idea to begin brewing came back in 2016 for them, when one of the location managers, Marlow Myrmo, shared his own tasty home-brewed creations.

“It came up naturally,” he said. “We were like, ‘how do we make this available to more people than just us?’ And, it scaled from there.”

So, Hardin and partner, sister Lexi Hardin, rented an old screen printing warehouse on Aero Drive and converted it into a production-based brewery with a 10-barrel system that will produce four styles with which to kick off.

“We just brewed our first two styles, an IPA and a Kolsch, that should be ready in about two weeks,” he said, adding that a hefeweizen and a brown ale are up next and all four will be offered at all locations. In the future, Hardin says he hopes to leverage the relationships he has with local restaurants and bars so that they might also sell the Hodad’s beer selections.

For now, it appears most are starting small, with hopes of potentially engaging in some friendly competition with the big boys down the line. The goal isn’t to take anyone out of business, says Hardin, although, he anticipates more restaurants and restaurant groups will follow suit in the near future.