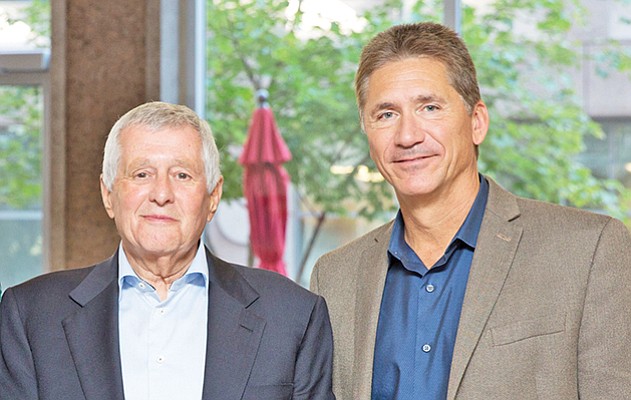 After partnering on a potential Huntington’s disease drug, they recently struck another development deal in which Roche will pay Ionis $75 million upfront. Ionis is eligible for an additional $684 million in regulatory, sales milestone and licensing payments.

Their latest pact calls for Roche to aid in the development of Ionis’ drug for an advanced stage of age-related macular degeneration, a common eye condition that causes vision loss.

A midstage clinical trial is slated for early 2019, and the companies plan to explore the drug, Ionis-FB-LRx, in other indications as well.

Roche has the option to license the drug once the studies are completed. Initially, it appeared another big pharma partner, GlaxoSmithKline, would partner on Ionis-FB-LRx. But last August, GlaxoSmithKline decided not to pick up its option for the drug.

“We believe that we have found the right partner whose experience in retinal disease drug development and commercialization will enhance our efforts to effectively develop Ionis-FB-LRx for patients who currently have no adequate treatment options,” Brett Monia, chief operating officer of Ionis, said in a statement.

Roche and Ionis also went in together on Ionis’ potentially groundbreaking treatment for Huntington’s disease.

This spring, Ionis reported that in a phase 1/2 trial its drug, Ionis-HTTRx, reduced the levels of a mutant protein found in patients with Huntington’s disease. The goal is to stop or slow the disease’s progression.

That drug is slated to begin a final-stage trial later this year.

Last December, Roche paid Ionis $45 million to license Ionis-HTTRx, taking the lead in development. If the drug is approved, Ionis would receive additional money for developmental milestones, along with royalties.

Ionis was founded in 1989, hitting it big two years ago with the release of its drug Spinraza to treat spinal muscular atrophy in infants.