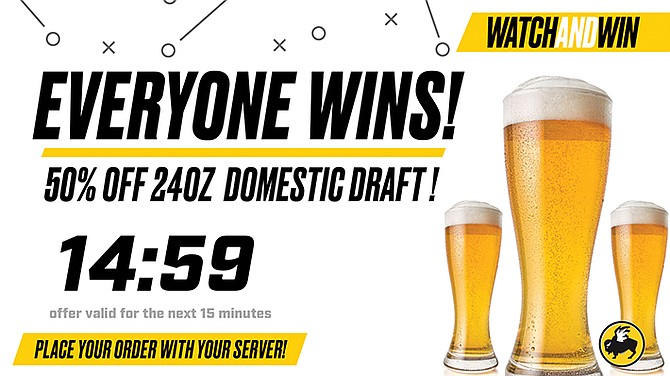 Vladimir Edelman founded Herofi in 2014 as a way to help brick-and-mortar stores respond to data in real-time through strategic marketing campaigns. Photo courtesy of Herofi 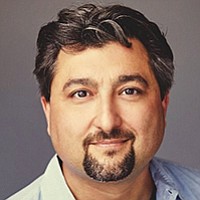 Revenue: Did not disclose (private company); recently completed a $3.5 million convertible debt financing and has launched a $10 million series A round

Company Description: A platform that helps brick-and-mortar stores gather data and analytics and respond via marketing campaigns in real time.

As the digital retail space continues skyrocketing, Herofi, a marketing automation platform focused on physical stores, is hoping to get brick-and-mortar outlets on the same playing field as the Amazons of the world.

“On a daily basis, Amazon changes its prices 15,000 times based on inventory levels, price adjustments and other factors,” said Herofi CEO and co-founder Vladimir Edelman, 45. “What we do is we give physical retailers the ability to react to real-time data as it is happening.”

Founded in 2014 by Edelman, a native New Yorker, and partner Trent Dethloff, Herofi works with clients to design algorithms that are specific to their businesses based on individual patterns and data and allows them to react instantaneously instead of quarterly or every couple of weeks, says Edelman. Skechers, one of Herofi’s clients, has a rule in place that says if by 4 p.m. the store is 20 percent below sales target then Herofi must instantly trigger a flash sale for whatever product the company is trying to move that particular day. The sales are broadcast by Herofi, which currently has 20 employees, to consumers through digital screens inside the stores and/or malls and through email, mobile and loyalty programs. The specifications vary from store-to-store based on statistics from three sources: external information like weather and traffic; internal numbers based on transaction, inventory and employees; and proprietary figures including gender, age and race.

Recently, the Point Loma-based Herofi, whose clients also include Westfield and MGM Resorts, completed a $3.5 million convertible debt financing that included angel investors like Jeff Vinik, the owner of the National Hockey League’s Tampa Bay Lightning and former manager of the Fidelity Magellan Fund and Vinik Asset Management, a hedge fund; Rob Soni, a former partner at Matrix and Bessemer Ventures; and John McDonnell, international managing director at Fifth Generation Inc., which makes and markets Tito’s Handmade Vodka brand products. The money was working capital that was used to build out the engineering team. On Oct. 1, the company launched a $10 million series A financing round that will close in January and will go toward growing Herofi’s sales and marketing departments.

On a Wing and a Dare

Buffalo Wild Wings was the company’s first and only client for three years while it worked on fine-tuning its platform. Herofi runs a food and beverage ad system in all 1,300 of the restaurant chain’s locations in eight countries through seven or eight displays each, like the “Everyone Wins!” campaign that ran during the 2018 March Madness college basketball tournament, which promoted 24 ounce domestic draft beer sales for 15-minute intervals. According to Edelman, the platform has created a 2.8 percent annual lift in high-margin beer sales across all Buffalo Wild Wings locations, which translates into millions of dollars for the company thanks to Herofi’s up-to-the-minute adaptability. Buffalo Wild Wings representatives could not immediately be reached for comment.

Tailoring to a Target

Edelman, who got his start as a technology journalist and then ran CBS Digital and ESPN Mobile before moving into marketing and eventually launching his first data and analytics startup EnvIO, clarifies that not every marketing message is delivered in the form of a sale or a discount. In fact, sometimes it is simply a pattern that allows a client to know what is happening and then actively engage with customers.

“At the Westfield malls, the cameras tell me if there are men vs. women shopping, what their ages are, etc., and this is actually a great way of getting data,” he said. “With this information, I won’t run ads on the entire network for Gymboree (children’s clothing stores) if I know the majority of the people at the mall at that moment are 50 and men.”

Edelman recognizes there are other companies, like Mercato Inc., that do the same for digital retail sites, and some that analyze data and provide reports for brick-and-mortar stores, like Cognizant and Capgemini. But, Herofi is one, if not the only one, that “makes data instantly actionable, which means it is more than just analytics.”

“This information needs to be taken when it matters, so, we agree ahead of time with the client what the system will trigger to best suit the client’s purpose,” he said. “If they are not meeting their sales numbers that day or too much stuff is sitting in inventory, we have an instant trigger in every screen in the mall for fifteen minutes that will do nothing but push people in that store.”

In the near future, Edelman hopes to grow the Herofi client list to include companies like Subway, which has 46,000 stores nationwide, and continue to address consumer behavior in real time for offline outlets.