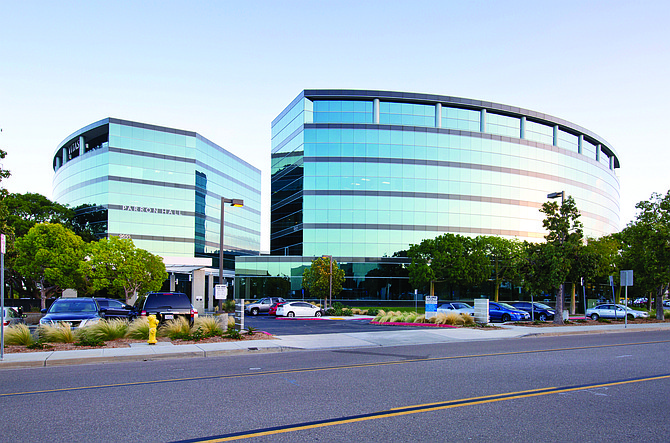 Sales of commercial real estate were down significantly in the first half of 2018 compared with last year.

Investors can take heart through a quick peek at commercial real estate prices, which were up among all product types compared with the average for the past five years.

Those were among the findings of a recent report by the commercial brokerage firm CBRE.

The average price for commercial property for the first six months of this year was $321 per square foot, compared to an average of $314 per square foot in 2017, said Hunter Rowe, vice president of CBRE in San Diego.

“I would expect that to continue because we’re not seeing any change in the market fundamentals,” Rowe said. “Vacancy is tight and it’s getting tighter.”

That’s particularly true in the Kearny Mesa submarket, which has a vacancy rate of about 6 percent, Rowe said.

“That’s virtually 100 percent leased,” Rowe said. “There’s some obsolete product out there that will never be leased.”

With a total of 8.2 million square feet of office space, “Kearny Mesa is the most stabilized, most fundamentally sound market that we’ve had this year,” Rowe said.

Total sales of commercial property for the first half of 2018 were down 46.1 percent from the last six months of 2017, and nearly 26.4 percent lower than the five-year average.

CBRE predicted that sales will rebound in the second half of the year, with several high-profile deals expected to close.

“Historically, San Diego is a second half team. We have a lot more transactions in the third and fourth quarter,” Rowe said.

Matching commercial real estate sales for 2017 is a tough climb, particularly for the second half of the year, which posted the highest volume of sales for a half-year in more than 10 years.

Despite the overall slowdown in sales, rents and tenant demand remained strong for office space, according to CBRE, and the price per square foot on sales remained 16.2 percent above the five-year average.

Industrial property also continues to be a big attraction, with vacancy rates near all-time lows and rents rising.

Retail property also continues to do well in price, but not so much in volume.

The sale of retail property has fallen steadily since the first half of 2016, and continued to do so thus far in 2018.

Still, the price of retail space per square foot was 14.6 percent above the five-year average.

Investors also were willing to pay top dollar for multifamily property, with the average sale reaching the highest on record since 2003 at $271,000 per unit.