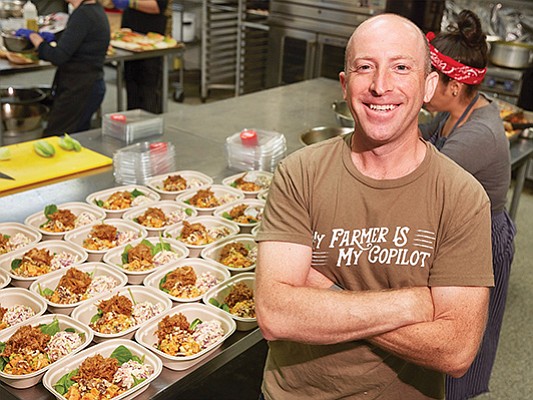 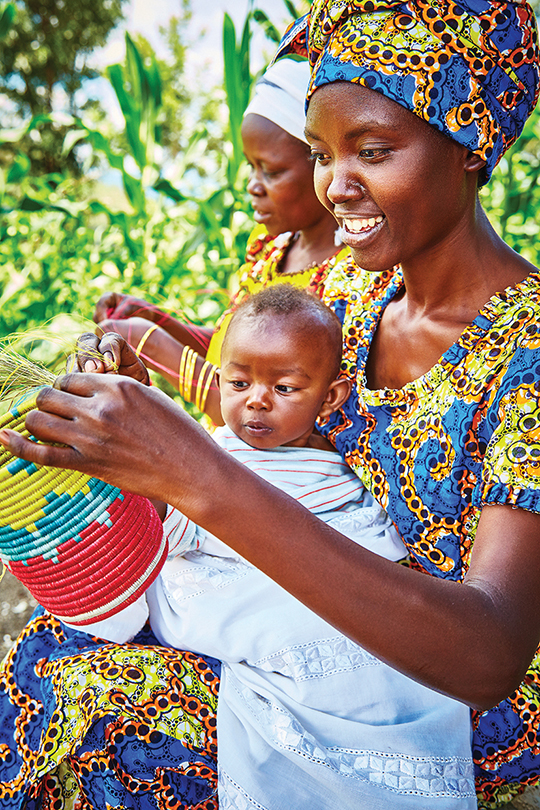 A weaver in Rwanda creates a woven vase for All Across Africa, a San Diego-based company that employs thousands of artisans in five African countries. Their wares are sold to hundreds of retailers, including San Diego’s ProFlowers. Photo courtesy of All Across Africa

San Diego — A group of San Diego investors is betting on locally based nonprofit organizations and social enterprises to the tune of $10 million.

The idea for the firm, which was founded in 2016, originated within the San Diego Impact Investors Network, a collaborative group within San Diego Grantmakers, an association of more than 100 funders that collaboratively and strategically give to multiple nonprofits each year. Impact or sustainable investing takes into consideration factors such as social or environmental impact in addition to financial returns.

“As we were analyzing what was needed to spur more deal flow in the area — more businesses and nonprofits that are right for this kind of financing, more investors that are ready, more of the consultants and wraparound elements that are necessary to draw in state, national and global capital to the San Diego region — one of the 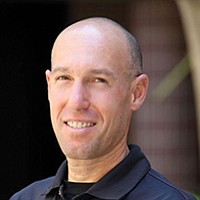 things that was needed was a business like ours,” said David Lynn, CEO of Mission Driven Finance and executive committee member at the Investors Network. “While there are other ones like us in other parts of the country, there wasn’t anybody really with a presence here and without a local presence, you can’t do the community-based lending that we focus on.”

As interest in impact investing continues to rise, the firm aims to demonstrate to financiers, both local and further afield, that San Diego’s mission-driven enterprises are less risky investments than they may seem on paper. Growing evidence that investors who take sustainability into consideration can earn returns on par with purely financially driven investments has spurred that interest among institutions and individual investors alike. 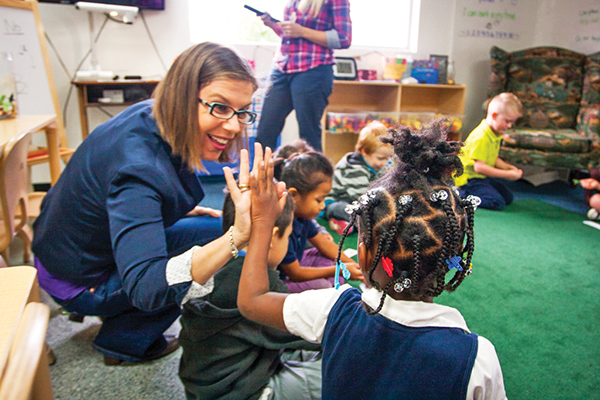 Mission Driven loans up to $500,000 to “community-minded” borrowers at rates of 7 percent to 9 percent, consistent with the Small Business Administration. Rates are subject to Federal Reserve interest rate adjustments.

Kris Schlesser, who founded the meal preparation and delivery service LuckyBolt, received a $250,000 loan to open a commercial kitchen and storefront.

At the moment, the company operates out of a shared kitchen on Mesa Rim Road.

LuckyBolt partners with restaurants to deliver their food and its own prepared meals made with locally sourced ingredients at no additional charge to office workers. At the moment, it operates in San Diego and Denver; Schlesser said revenues in 2017 were between $1 million and $2 million.

But when the company launched in 2011, meal delivery wasn’t the competitive space it is today. And investors were interested in a quick exit, Schlesser said.

“For us, that would have meant taking our last-mile delivery service and growing it as fast as possible,” he said. “That technology that enables us to deliver to the workplace for free was more of a means to an end for us, knowing we wanted to work our way back along the supply chain and solve some of the inherent problems in food distribution that are preventing consumers from easy, affordable access to food from their local farms.”

LuckyBolt, which employees 25 people, takes orders from its varied menu until 10:30 a.m. daily, relays the order to the kitchens where the food is being prepared, then organizes delivery routes so only one driver is needed to travel to each area from where there was a concentration of orders.

“We’re taking the cost of delivery, which is not cheap, and spreading it out over a number of people and driving it down so it is effectively free to the consumer,” Schlesser said.

But working in a shared kitchen means storage is limited, so the company has to buy smaller amounts of food from local vendors than it would otherwise.

“The farmer wants to sell in bulk, and we want to buy in bulk,” he said. The additional space will also allow the company to expand beyond lunch into breakfast and dinner, and open a storefront at 10920 Roselle St., in Sorrento Valley.

Come April, “we’ll be open instead of being tucked away in a warehouse in the middle of nowhere,” Schlesser said.

National City-based company All Across Africa, a certified B Corp, employs thousands of artisans in five countries in Africa, who make home goods such as handwoven baskets and vases that are sold to retailers including Costco and ProFlowers. 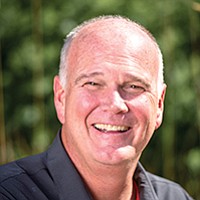 CEO Greg Stone said Mission Driven’s participation in its recent $600,000 financing round — the firm put in $350,000 — will allow it to hire more artisans and enter more markets.

“They took the lead and two other investors came in behind them and closed the round … It’s really allowed us to scale the business,” Stone said.

It has also helped with cash flow. As an example, Stone said the company expects to be paid in April at the earliest for three 40-foot containers of vases that ProFlowers, the San Diego flower retailer, ordered in October.

“Farmers wait to get paid, but our weavers can’t afford to carry that, so having folks like Mission Driven Finance allows us to keep our artisans paid.”

Although interest continues to rise in impact investing, Stone said many investors remain wary of the complexity.

Mission Driven, however, wasn’t put off by a company that has most of its workforce on another continent — and that can’t promise a quick tenfold return.

“They’re not going to be looking for an immediate exit plan; they understand the need for patient capital,” he said.

Stone said the loan will also allow All Across Africa to augment its local office, which has seven employees, with five more workers by year’s end. 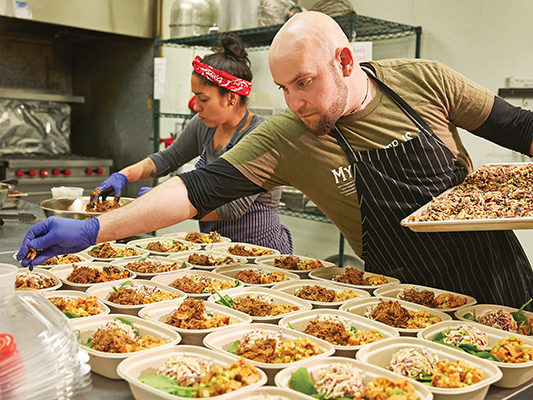 Thrive Public Schools, a K-12 charter school in San Diego, received a $500,000 bridge loan from Mission Driven Finance to help it with cash flow as it waits on reimbursement from the state — an annual process.

“We’ve grown from 45 students and we’ll have 1,000 students next year,” CEO Nicole Assisi said. But the state of California provides funding based on the number of students served in the year prior.

“We’re serving almost twice as many students now as we did last year, but are funded amount for half the number of students,” she said.

Previously the company had borrowed from a national bank. Explaining state bureaucracy proved a challenge, Assisi did, as did, perhaps more surprisingly, convincing investors that focus on Southern California that there is significant need in San Diego.

“It was great to have a team that cares about the impact we’re able to have and really get that we’re doing great work, social work in the community, and we need thought partnership around these other things,” she said.

Assisi said Thrive searched nationally for a lender that would be a good fit.

“The reality is there aren’t a lot of people doing this kind of work right now,” she said. “It takes a lot of business acumen and a great sense of social responsibility to take a little bit of a leap of faith with social ventures.”

Assisi said Thrive Public focuses on college preparedness, and uses visits to businesses in San Diego to spark ideas and conversations about future employment possibilities. The school, which employs about 100 people, recently hosted an exhibition of student projects that had been created in collaboration with local companies; nearly 800 people attended.

When budgets tighten, those kind of activities are the first to go, she said.

“Without that exposure, you can’t show them what’s possible,” she said.

Not Depending on Algorithm

Lauren Grattan, Mission Driven Finance’s director of community engagement, said what the company is doing hearkens back to how community-based lending banks once functioned.

“We are looking for our borrowers to be smart, driven and honest, and you can’t tell that from an underwriting algorithm,” she said. Borrowers also feel driven to repay their loans on time because they know the money is going back into investments in other similar local enterprises, she added.

Down the road, Mission Driven Finance aims to use its $10 million flagship fund to establish a track record that will open doors to larger pools of money looking to back community-minded enterprises.