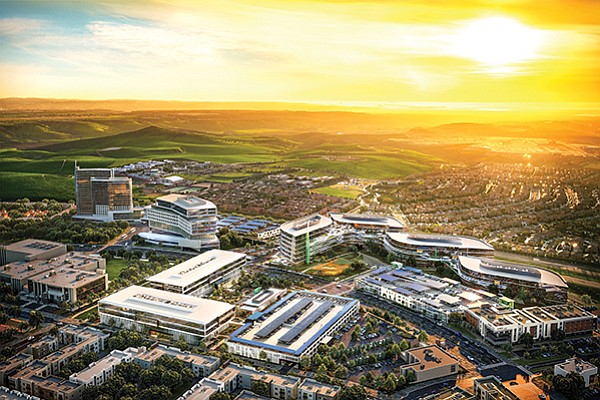 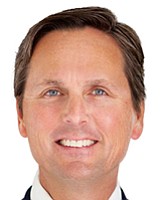 said could transform the city from a bedroom community to the employment center of South County is close to becoming a reality, with developer Chesnut Properties having invested about $10 million in the site and construction expected to begin in September.

At a cost of more than $500 million and with 1.4 million square feet of space and the potential to grow to up to 3 million square feet, Millenia Office would be one of the largest office complexes on the West Coast, according to Lee Chesnut, principal and founder of San Diego-based Chesnut Properties. 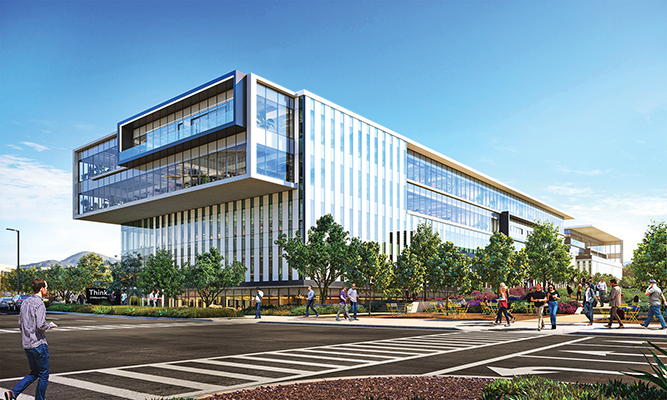 “We’re in this pressure point now of San Diego growing and pushing south,” Chesnut said. “Chula Vista has been off the radar screen for many years. It’s not anymore.”

“I love his vision,” Crockett said of Chesnut. “Typically, developers will look at one building at a time. He’s been able to negotiate a mega campus. He’s invested his own money into that vision well beyond what anybody I’ve ever seen in the market without any tenants. That’s someone who puts his money where his mouth is.”

Among Chesnut’s other projects were the 125,000 square foot UTC Executive Plaza mixed use office and laboratory space, a 120,000 square foot call center on Copley Drive, and the 245,670 square foot Papago Gateway Center in Tempe, Arizona.

When built out, the master plan projects a population of 7,500.

“There have been conversations about this region for decades. I really believe the time has arrived,” Chesnut said. “It’s not that we’re ahead of the curve. We’re at the right time.”

Chesnut’s goal is to draw a major corporate headquarters to Millenia Office, along with a hospital or other medical-related business, university teaching and research organizations along with the high tech and biotech companies that might want to take advantage of the research they do and the graduates they produce as a pool of likely workers.

Chesnut’s plan is to build Millenia Office in three stages, starting with what Chesnut is calling THINK.

He expects construction to start by September at the latest, pending reaching a lease agreement with at least one tenant for part of the first building.

THINK would have 324,000 square feet of space over two buildings that would be connected by above-ground and ground-floor patios between the buildings. It would have 37,500 square-foot floor plates.

The idea is that THINK space would be leased to universities and companies in the education and research field.

“It could be high tech, it could be defense,” Chesnut said.

The buildings in Millenia Office are designed to be certified LEED Platinum (U.S. Green Building Council Leadership in Energy and Environmental Design) with a gold rating under the new WELL building standard, which measures the effect buildings have on health.

THINK would be followed by DISCOVER, a 10-story, 400,000 square-foot building which could be expanded to 700,000 square feet. It would have floor plates of 47,000 square feet. DISCOVER is designed for research, office space and/or a regional hospital.

The final stage would be the four-building INVENT, which would have 700,000 square feet of space, expandable to more than 1 million square feet.

The four buildings of INVENT would be connected by elevated walkways that wind around the building exteriors.

The plan is for INVENT to be for expanding technology companies.

“The whole design of INVENT was inspired by the Googles of the world,” Chesnut said. “I expect we’ll land a major headquarters for the INVENT campus in the next 18 months.”

Millenia Office should take five years to complete, he said.

So far, Chesnut said he’s invested about $10 million in getting permits and preparing the site, including excavating for underground parking garages.

Crockett said he’s impressed with the quality of Millenia Office.

Chesnut is not “cutting corners to deliver a product,” Crockett said. “He’s really trying to bring us something really special. We’re trying to do everything we can to help him execute on that plan.”

Overseeing leasing of the campus are Tony Russell, Chad Urie and Grant Schoneman of JLL.

“This is not a profit driven, get in, get out project,” Chesnut said. “We have something really special here.”

“In terms of becoming another employment center, in terms of attracting high tech, being located in a city that’s extremely progressive, it set itself up to be the kind of office space for education institutions that we need to support those new ventures that the city of Chula Vista is looking into,” Gompper-Graves said.

She said the project should be especially attractive to companies that do business on both sides of the border.

Although the development is on the east end of Chula Vista, Gompper-Graves said it would help people on the west end by providing jobs closer to home so they don’t have to commute north on clogged freeways.

“Lee’s project gives us the opportunity to capture some of our employees that are leaving our community and keep them closer to where they work so they can have a better quality of life,” Gompper-Graves said.