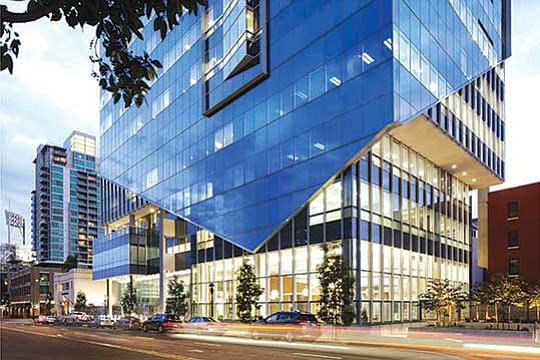 San Diego — Sempra Energy looks set to buy a utility operating in a state where demand for power is growing, within a region where it already owns significant energy infrastructure, adjacent to a foreign country where it has a strong industry foothold.

But don’t expect its $9.45 billion bid for Dallas-based Oncor Electric Delivery Co. LLC — likely headed for approval after an extended sale process — to plug into a regional strategy any time soon. Nor does the deal necessarily portend additional bids by Sempra for large Gulf Coast assets.

For all Sempra’s talk of the purchase propelling it to become a major player in the region, industry analysts say the San Diego-based company’s campaign for Texas’ largest utility is more about seizing a rare opportunity to pick up a profitable, reputedly well-run company after its parent’s financial crash.

Oncor has a large service territory with a good growth profile in a state seen as friendly to business — ideal for an energy services holding company like Sempra. But observers note its transmission and distribution business has little in common with Sempra’s natural gas storage and pipelines and liquid natural gas projects along the Gulf Coast or its various energy investments in Mexico.

“The fact that this was Texas is irrelevant,” said utilities specialist Bill Tilles, a former portfolio manager in New York. “They’re doing what everyone else is doing. ... They don’t care where the heck they find it, because scale is scale.”

Several analysts said regional efficiencies may eventually develop, depending on the future of natural gas in U.S. power generation. But they characterized the investment as isolated.

“I think Sempra more than anything wanted to grow (its) wires business,” said Dennis Sperduto, principal research analyst at New Jersey’s Regulatory Research Associates Inc., part of S&P Global Market Intelligence. He was referring to transmission and distribution activities, as opposed to related functions like power generation, which Oncor does not perform.

Sempra sees Oncor fitting neatly with its Gulf Coast operations while also diversifying its utility earnings. Sempra has pointed specifically to its own midstream gas division’s existing pipelines, storage and LNG projects in Oncor’s region, and asserted the utility will extend Sempra’s growth to help it become a “leading player” in Gulf Coast and cross-border energy markets.

Sempra hasn’t addressed publicly how it would weave this all together. It emphasized Oncor’s operations will not be integrated with Sempra’s, and that the utility will remain an independent company.

“Oncor is a well-managed, top-tier utility, operating in one of the strongest U.S. growth markets,” it said in an email response to a question about how Oncor is a good match for Sempra. “We believe it will be an excellent strategic fit with our portfolio of utility and energy infrastructure businesses, while opening up a new avenue for our long-term growth.”

Oncor has 10 million customers and 121,000 miles of transmission and distribution lines. It earned $431 million in 2016, 23 percent more than it did four years earlier. Sempra’s bid values the enterprise at $18.8 billion.

San Diego-based Sempra Energy reported 2017 adjusted earnings of $1.37 billion, up from $1.27 billion the prior year.

“We believe 2018 will be a transformational year for Sempra with the expected closing of the Oncor transaction…and execution of a robust capital plan,” Reed said.

Oncor’s sale is not final, but it looks closer now than it has in four years on the auction block.

On Feb. 15, the Public Utility Commission of Texas, which has taken a central role in reviewing Oncor’s suitors, waived scheduled hearings on the matter and asked its staff to prepare an order approving the sale. That was soon after a key stakeholders group in the state signed off. A final vote by the commission could come as soon as March 8.

The only other entity considered an obstacle to the deal, the U.S. Bankruptcy Court for the District of Delaware, said Feb. 26 it has approved Sempra’s plan to buy Oncor and its 80-percent indirect parent, Energy Future Holdings Corp. The company filed for Chapter 11 bankruptcy reorganization in 2014 after a sharp drop in natural gas prices left it unable to meet debt payments.

Most of the remaining 20 percent of Oncor belongs to Texas Transmission Investment, which is owned almost entirely by Borealis Infrastructure Management and Singapore Investment Corp.

Sempra said it sold equity and debt in January to fund EFH’s acquisition.

Sempra’s bid was informed by the failures of others. After meeting with stakeholders, it offered “ring-fence” provisions in August to protect Oncor’s independence, a move NextEra had resisted. Sempra made other concessions in the months that followed, including agreeing to buy all of EFH, not just the 60 percent it first proposed, without changing the sale price.

•Dallas-based Oncor, known earlier as Texas Utilities Electric, serves some 10 million customers in Texas, or about 40 percent of the state’s population.

As a measure of growth, Oncor’s points of delivery increased more than 1.5 percent on average during the last five years.

•Oncor’s earnings have been relatively flat in recent years, but its 2016 earnings of $431 million were up 23 percent from four years earlier.

•The company’s former parent company, TXU Corp., was bought out in 2008 by an entity named Electric Future Holdings.That company, which still owns about 80 percent of Oncor, filed for Chapter 11 bankruptcy reorganization in 2014.

•Most of Oncor’s remaining 20 percent belongs to Texas Transmission Investment, which is owned almost entirely by Borealis Infrastructure Management and Singapore Investment Corp.

•If a proposed acquisition by San Diego-based Sempra Energy is approved, the combined entity would serve the largest combination of gas and electric customers in the United States.

Lillian Federico agreed. Also an analyst at Regulatory Research, she called any shared efficiencies between Oncor and Sempra “sort of (a) long-term possible bonus to the transaction.”

Both cautioned against reading the acquisition as a sign Sempra is on a buying spree. They asserted it will be a while before the company attempts another major purchase like Oncor. Share Best Practices

Looking forward, Sempra would likely exact some general and administrative costs from Oncor, and the two would share information and best practices, said Andy Smith, a senior analyst covering utilities at Edward Jones. But because of a lack of “pure synergies,” he said, “I don’t think there will be much integration of the two” companies.

The deal’s greatest benefit, he said, would be giving the utility a well-capitalized parent with experience in the industry. Sempra could finance Oncor transmission projects linking wind farms to population centers, he noted.

Tilles, the former portfolio manager, was less optimistic about the potential for transmission investments, given the trend toward more localized power generation. Distribution seemed to him a greater opportunity.

“We could be on the verge of a very different gas market, and these guys would be in a position to, you know, presumably take advantage of, or at least as important, not be harmed by it,” Tilles said.

Sperduto, at Regulatory Research Associates, said Sempra might eventually be able to leverage its natural gas operations to benefit Oncor’s electric distribution, but that no near- and immediate-term synergies were to be gained.