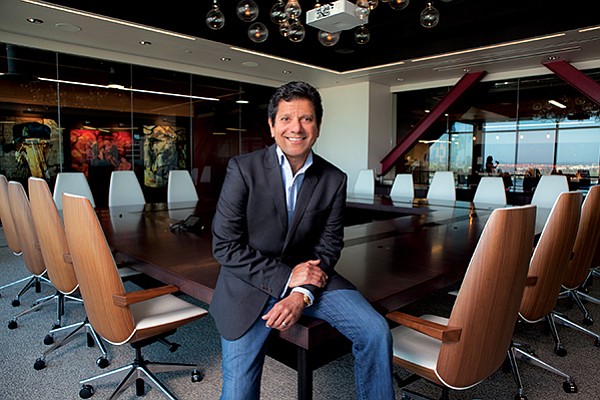 San Diego — Earlier this month, an executive from New Jersey-based Celgene blamed Receptos, a San Diego firm that it bought, for a major regulatory setback.

It’s not the first sign of tension between a parent and subsidiary, especially in San Diego, where out-of-town pharmaceuticals commonly acquire regional biotechs. So what factors underlie successful biotech acquisitions?

Because many purchased drugs must still go through final clinical trials, the pharmaceutical needs the San Diego biotech’s expertise in getting to the finish line, which can take two or three years.

Against this backdrop, experts say both parties must guard against common pitfalls: lack of due diligence, ill-fitting cultures and half-baked transition plans.

“Some companies are under so much pressure from Wall Street to meet expectations that they purchase companies so they can achieve their growth objectives. Diligence, integration and properly planning for success — I think people take their eye off that (collective) ball,” said David Crean, managing director of San Diego’s Objective Capital Partners, who leads the firm’s life science investment banking deals.

Before signing on the bottom line, Crean said it’s all about vetting. For pharmaceuticals, that’s ensuring biotechs didn’t skip steps in drug development, sometimes done under a time crunch, which can haunt later stages.

Altruistically-minded biotechs want a pharmaceutical best equipped to get their drugs in patients’ hands as soon as possible.

Discussions over integration — which employees to retain, whether the cultures are the right fit, where to put the office — should take place well before closing, in Crean’s view.

“A lot of that stuff is now being done before signing. Buyers want to know what the outgoing risk is,” Crean said. “You can’t do that on Monday morning after you signed the agreement on Friday.”

A hiccup surfaced when Nadim Ahmed, head of hematology and oncology, in an interview with the Financial Times this month, indicated that a U.S. Food and Drug Administration regulatory submission was made without full consultations.

“I think that 99 percent of folk at Celgene wouldn’t have submitted, but we had Receptos out on the West Coast and, for whatever reason, the decision was made to submit,” he told the Times.

The FDA issued a notice in February, which significantly delayed the launch of what’s anticipated to be a blockbuster drug.

“[The FDA] kinda said, ‘what happened guys, this isn’t what we usually expect from Celgene?’ And we had to say, you know, ‘mea culpa it’s on us’,” Ahmed said.

Ahmed cast the episode as a lesson in the acquired staying closer to the mothership. Celgene did not respond to a request to comment.

The characterization didn’t sit well with Receptos’ former CEO. Faheem Hasnain said Celgene ran the show for two-and-a-half years before the regulatory filing, including placing one of its own in an oversight role.

“It seems a little unimaginable that they wouldn’t have had any impact on the decisions and any control over the organization that they just acquired,” Hasnain said. “I can’t even begin to fathom how that would be possible.”

Others interviewed echoed the importance of continuity.

Many parent companies reflexively seek to cut costs after a purchase. But when buying a company with a cutting-edge drug, for instance, doing the opposite can be the best approach. So said Paul Grossman, a venture partner with Telegraph Hill Partners’ San Diego office.

“When acquiring innovation, sometimes that means going slow in the acquisition activities, having a plan that can play out over a period of years. You might even start plowing money into the program that you acquired,” said Grossman, who has led the acquisition or divestment of more than 25 businesses.

Culture clashes can be a source of friction, which ensnared San Diego’s first biotech.

Grossman recalled an opposite experience when he was with Applied Biosystems, acquired at one point by PerkinElmer.

“That was a case of a button-up East Coast company acquiring a Bay Area company. In that case the PerkinElmer folks were smart about it. The first time they came out they were in suits and ties, but the next time and thereafter they were in golf shirts,” Grossman said.

Due Diligence Is a Must

Due diligence before an acquisition is not only critical for deciding whether to move forward, but bleeds into post-deal integration planning.

“You might find in the diligence phase that maybe a couple steps were missed, and maybe you use that as the basis for driving down the price. And then in the integration planning, you want to focus on how you can fix it.”

San Diego has long been biotech acquisition central. In just the last year, Swiss drugmaker Roche bought San Diego’s Ignyta for $1.7 billion, and Celgene plunked down up to $7 billion for Impact Biomedicines, the full amount dependent on meeting milestones.

While common for a pharmaceutical to disband a subsidiary once the lead drug obtains approval, employees of the acquired firm can feel a duty to stick around.

“We knew that our ultimate legacy was going to be more fully realized with the approval of the product. I know many of us made an extra effort to be sure to do everything we could,” said Pratik Shah, Auspex Pharmaceuticals’ former president and CEO, who transitioned to a senior adviser upon being acquired.

“Teva did a great job of involving as many of the senior people that were involved in the programs at Auspex as possible,” Shah said, when asked why the deal went smoothly.