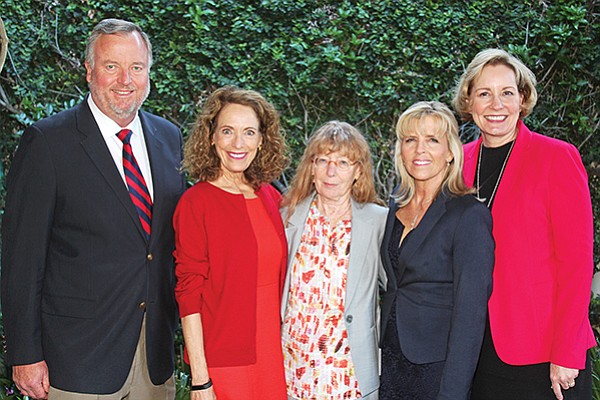 San Diego — Serving Seniors announced that it raised $477,000 at its 5th annual Experience of a Lifetime Gala held recently at the Del Mar Country Club. With more than 350 people in attendance at the sold-out event, the funds raised will go toward nearly 200,000 meals for those in need.

At the gala, Serving Seniors also announced its Ramona Housing Project developed in partnership with Chelsea Investment Corp. at 430 16th Street in Ramona. The project will be named the Schmale Family Senior Residence and will feature 62 one- and two-bedroom apartments complete with onsite supportive services. The Schmale Family Senior Residence is the third senior residence building developed and managed by Serving Seniors, which also operates communities for low-income seniors in downtown San Diego and City Heights.

Nearly 450 gala attendees filled the ballroom that was transformed by a Tree of Hope, which represented the hope, inspiration and courage of each patient as they navigate their own unique and individual cancer journey. Visit scripps.org.

The San Dieguito River Valley Conservancy received a $10,000 grant from REI to support Phase 3 of the River Path Del Mar.

The River Path provides a scenic overlook of the San Dieguito Lagoon and River, complete with interpretive signage of the flora and fauna of the river and lagoon. Phase 3 will extend the River Path from the Grand Avenue Overlook to the Crest Canyon Trail, along the San Dieguito River, enabling users to eventually reach the Pacific Ocean via the Crest Canyon Trail leading to the Torrey Pines State Natural Reserve.

SDRVC Executive Director, Trish Boaz, said: “REI has been a long-time supporter of our efforts to provide trails for the San Dieguito River Valley, and we are truly appreciative of their generosity.”