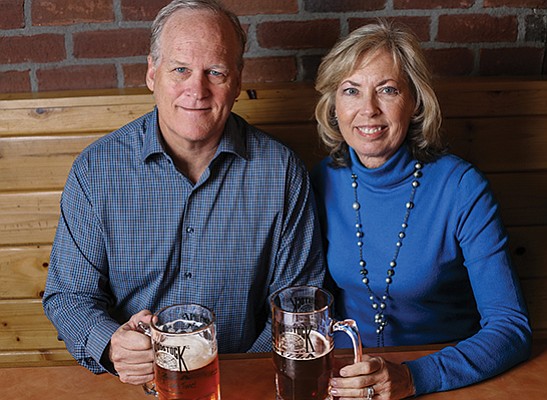 There is nothing groundbreaking about a pizza restaurant being supported largely by college students, but in the case of Woodstock’s Pizza the script has been flipped.

The San Diego-based chain of eight restaurants intentionally hires college students to help them pay for their education and gain important business skills. Leading the way is CEO Jeff Ambrose, who has been named the 2018 Most Admired CEO in the family-owned business category by the San Diego Business Journal.

Ambrose earned the award, in part, for instituting an employee-stock plan, a manager-training program and launching a new employee portal to improve communications. The latter has led to a more flexible work environment and a revamping of some on-the-job perks.

According to Ambrose, a great CEO cares for people inside and outside the business and looks at respect as something that needs to be earned from the team. Leading with integrity is one way to do this.

“I believe trustworthiness is one of the biggest hallmarks of a good leader,” Ambrose said. “That is built by doing what you say you will do.”

Humility is also important to Ambrose.

“A great CEO should always be learning, always be willing to say ‘I’m sorry’ and always willing to own mistakes and problems,” he said.

Perhaps it is that from-the-ground-up beginning that drives Ambrose’s leadership style today.

“You’re only as good as the team that you put together, train, challenge and inspire,” Ambrose said. To that end, he hosts an annual retreat to Lake Tahoe.

“We invite our administrative team, our store managers and our marketing reps in each store to come together for four days of meetings and fun each summer,” he said. “It’s a highlight of the year.”

According to Ambrose, the pizzeria industry is highly competitive and has low profit margins, with 13 to 15-hour workdays and rarely a day off. Constantly changing government regulations, particularly ones considering minimum wages and sick-leave requirements, are challenging.

“We spend a considerable amount of time just trying to be sure that we are in compliance in all cities,” he said.

But the non-monetary rewards are great, too.

Ambrose said he enjoys reading positive customer reviews, as well as letters from former employees who have moved on to other jobs.

“They often comment on how much they apply the skills that they first learned at Woodstock’s, maybe not pizza-making but customer service, efficiency, getting to know and enjoy your fellow workers, and being willing to work hard and still have fun,” Ambrose said. “Many of our former Woodstockians consider themselves part of a family that they continue to keep in touch with.”