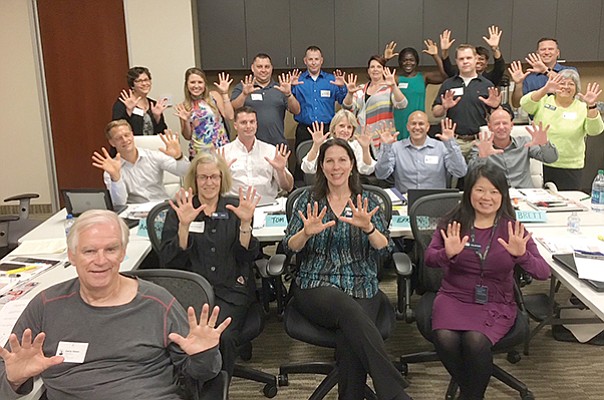 According to the Bureau of Labor Statistics, many veterans are still struggling with employment for many reasons. To address this issue, VetCTAP of JBS Transition Experts, a nonprofit organization, offers a free job search workshop series specific to military member needs.

The focus is working with those who have been in the military 10 or more years and spouses pursuing professional careers. This population has particular issues with transitioning due to their long absence from the civilian workplace.

The California Arts Council announced its plans to award $28,800 to the California Center for the Arts, Escondido as part of its “Arts Education: Exposure” programs.

As a segment of the California Arts Council Arts Education grant opportunities, the Exposure program grants support attendance at performances and exhibitions for students who may otherwise have limited access to these experiences.

The grant funds support the “Center Stage Performances for Youth” and field trips to the museum. It is the only professional and educational performing arts schedule in the North San Diego region that is uniquely designed for educators. The performances span a variety of curricular subjects including history, science, literature, humanities, social studies, music, and dance.

The grant funds support the expansion of the “My Story: Literacy Through the Arts” program. The center launched the My Story program in 2006 to confront the challenges of low academic achievement and the lack of art teachers in Escondido’s elementary schools. The sixth-grade program at Mission Middle School utilizes humanities as well as visual and performing arts standards to teach photography to eight classes for a total of 120 students. The students work will also be exhibited in the museum gallery during the annual smART Festival. The expansion of the My Story program into middle school demonstrates the value and viability of the program as an effective arts integration teaching tool.

The California Center for the Arts, Escondido is one of 113 grantees chosen for the Arts Education: Exposure program. The award was featured as part of a larger announcement from the California Arts Council. To view a complete listing of grantees, visit

Mark Stuart, who leads all fundraising and friend-raising efforts to support San Diego Zoo Global’s animal care, conservation and education programs, as well as serves as president of the foundation for San Diego Zoo Global, has been named to the McDaniel College board of trustees. The foundation is devoted to raising major gifts to address the institution’s mission to end extinction. He earned a master’s degree in educational administration from McDaniel in 1994.

In addition, Stuart has taught on philanthropy best practices nationally and regionally with the Association of Zoos and Aquariums, the Association of Fund-Raising Professionals and National University’s Sanford Institute of Philanthropy. He is a certified fundraising executive, a distinction held by only 5,000 fundraising professionals in the United States. Visit zoo.sandiegozoo.org/content/foundation-board.

Mike Arms, president of the Helen Woodward Animal Center, recently presented actress Bo Derek with the 2018 “Humane Award.” The prestigious annual award was presented in front of an invitation-only group of high-level donors at the private home of a dedicated center supporter. An animal lover and horse riding enthusiast since childhood, Derek, a spokesperson for the Animal Welfare Institute’s campaign to end horse slaughter through legislation, has been special envoy of the Secretary of State for Wildlife Trafficking, and she travels the globe on behalf of the Coalition Against Wildlife Trafficking — a united group of countries working together to fight the $10 billion black market trafficking of endangered species.