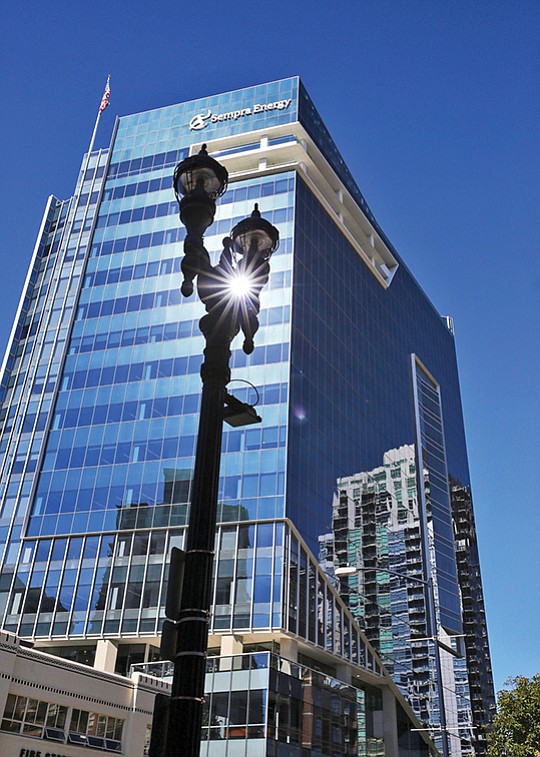 San Diego — The board of San Diego-based Sempra Energy is evaluating the company’s future in South America, and will make its plans public as soon as February or March.

Sempra is planning a second round of changes following news it is selling its renewable energy businesses.

While not explicitly saying they plan to leave the southern continent, Sempra executives said they wanted to focus on North American energy infrastructure during a wide-ranging, three-hour talk before industry analysts June 28 in New York.

The presentation marked the 20th anniversary of Sempra’s appearance on the stock market and the second month under the leadership of Jeff Martin, who took the place of Debra Reed as CEO. Sempra (NYSE: SRE) is parent to San Diego Gas & Electric Co. and Southern California Gas Co.

Sempra already announced plans to sell its solar energy and wind generation businesses, as well as certain “midstream” assets. In the oil and gas business, midstream refers to processing, storage or transportation.

Arriola painted a picture of Sempra Energy’s board debating what’s best for the corporation. “The board owns this process,” he said, calling the deliberations exhaustive and iterative.

The analyst conference came on the eve of Mexico’s presidential election — significant for Sempra because part of its business is in Mexico. The IEnova unit has pipelines and gas distribution facilities and is building storage facilities.

Mexicans elected a leftist and a populist, Andrés Manuel López Obrador, president on July 1. During the June 28 presentations, Carlos Ruiz, IEnova’s CEO, assured listeners that Mexico has strong institutions and the rule of law will prevail.

The administration of either front-runner would have been favorable to business expansion in Mexico, said one analyst, Jacob Kilstein of Argus Research. In addition, IEnova’s Ruiz “spent many years in politics, knows the government functioning well and was optimistic during his talk on Thursday,” Kilstein said by email.

“I’m actually quite excited about Mexico” with its fast-growing consumer market, said Martin, the CEO. With a gross domestic product poised to double in the next two decades, it is a country of opportunity, he said. Case in point: Mexico has two days’ worth of fuel storage (his term was “refined product storage”), compared with 90 days in the United States.

“You’re talking about many parts of that country that has electric and natural gas infrastructure much like the United States, post-World War II,” the Sempra chief said.

Push for ‘Back to Basics’

Changes at Sempra are not happening fast enough for one group of shareholders. An activist investor group is pushing the company to go “back to basics” by focusing solely on its U.S. utilities (including Oncor Electric Delivery Co. of Texas), splitting off Sempra’s liquefied natural gas business and selling other assets — including the South American utilities and IEnova.

The activists, Elliott Management and Bluescape Resources Co., own a $1.5 billion stake in Sempra. And their timetable is faster than Sempra’s current plan. The shareholder group wants Sempra to immediately name six of its representatives to its board, and it wants a new top-to-bottom review, to be finished in the fourth quarter of 2018.

Sempra and the activists reportedly met June 25. The shareholder group issued a statement June 28, saying it has seen “no real progress” in negotiations.

At the June 28 analyst conference, Sempra also addressed plans for its liquefied natural gas export business (see article on page 30). Sempra is building three terminals in North America for export by ship, and announced on June 26 that it signed a preliminary, 20-year export deal with the Polish Oil & Gas Co., to be fulfilled through its Port Arthur, Texas facility. Terms of the deal were not disclosed.

In other news, Moody’s Investors Service Inc. announced June 25 that it was considering lowering Sempra’s credit rating, currently at Baa1. Moody’s said the rating would not decline more than one notch. With a single-notch downgrade to Baa2, Sempra’s debt would still be considered investment grade, carrying moderate risk. Ratings must fall two additional pegs on the Moody’s scale to be considered speculative.

Among Moody’s concerns was the debt Sempra took on to buy its majority stake in Oncor. The purchase closed in March.

At the investor conference, Martin thanked Kate Collier, the corporation’s vice president and treasurer, for exemplary service. The CEO introduced Collier as the point person on 70 meetings Sempra had with its rating agency.