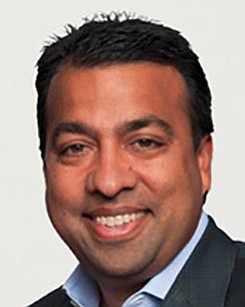 Over the past decade, San Diego-based HP Investors has steadily built an urban-focused portfolio of commercial acquisitions and developments in key hubs including downtown’s Gaslamp Quarter and East Village, along with Kearny Mesa. Managing Partner Sumeet Parekh has led many of those deals carried out by the company led by his father, commercial, real estate veteran Harki Parekh – HP Investors’ founding partner and namesake. Even before the company’s start, Sumeet Parekh had already acquired, structured and managed more than $3 billion in real estate investments in New York City for The Carlyle Group, among the world’s largest real estate firms. He and his fellow partners are now leading HP’s efforts within a three-company partnership called L2HP (with Lankford & Associates and Hensel Phelps) which is overseeing development of the mixed-used Makers Quarter in East Village. In the past five years, HP Investors has completed several downtown retail and office property acquisitions, including the July 2017 acquisition of the retail and office condo complex within the Legend mixed-use property near Petco Park