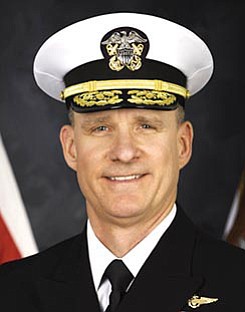 Rear Admiral Yancy B. Lindsey’s command of Navy Region Southwest comes with the unofficial title of “Navy Mayor” of San Diego. He also gained responsibility for housing, security, family services, medical and logistical concerns for hundreds of thousands of active-duty, reserve and retired military personnel in the region’s six states. He served as commander of Coronado Naval Base from 2009 to 2012 and commandant of Naval District Washington from June 2015 to August 2016. A naval aviator, his sea duties include commander Carrier Airborne Early Warning Squadron 117, known as the “World Famous Wallbangers.”

FUN FACT: His call sign is “Lurch,” thanks to his deep voice.