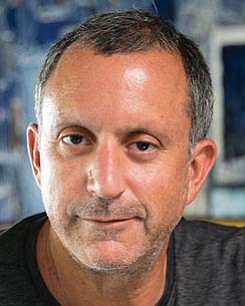 Howard Lindzon is founder and general partner at Social Leverage, which invests in early-stage companies. The firm specializes in investing in fintech firms, but also makes investments in enterprise software companies and consumer products. It has been a big year for Social Leverage portfolio companies: Bitium was acquired by Google, mParticle raised $35 million, Robinhood raised $110 million and Beyond Pricing made an acquisition. Since 2009, Lindzon’s firm has invested in more than 100 startups across four funds. Lindzon’s passion for fintech is longstanding: He co-founded StockTwits, a social network for investors and others into finance. StockTwits, of which Lindzon remains chairman, recently hosted its seventh annual Stocktoberfest West conference in Coronado. (It was the first Lindzon attended but didn’t plan; he recently transitioned that task to new CEO Ian Rosen.)

EARLY BLOOMER: He first invested in a startup in his mid 20s.

TRAVEL: He says he lives “everywhere” and splits time among California, Arizona and New York.