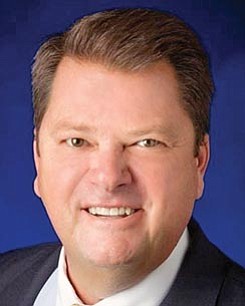 Thomas Wornham joined San Diego Private Bank in 2015 and is now president of the fast-growing company. In July 2017, San Diego Private Bank opened its fifth branch in Beverly Hills. In October 2017, Private Bancorp of America, the parent company of San Diego Private Bank, announced an 8 percent year-over-year increase in quarterly earnings. Wornham previously was an executive vice president and regional manager at Wells Fargo. He’s also served on the San Diego County Water Authority board for seven years while the authority faced a severe drought. He helped in approving, financing and constructing a desalination plant in Carlsbad, the largest in both the Northern and Western Hemispheres. He also helped support building the tallest roller compact concrete dam in the world and successfully suing the Metropolitan Water District. Wornham takes part in many organizations and was elected Chair of San Diego County Water Authority Board in 2017.

ADVICE: Hard work over comes a lot of obstacles.

AFTER HOURS: He enjoys playing golf.