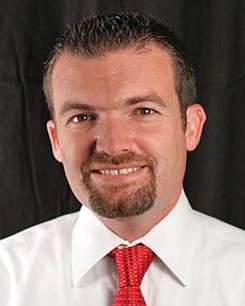 In 2001, Christopher Yanov founded Reality Changers, a nonprofit agency which helps more than 1,000 youth from disadvantaged backgrounds achieve academic success in pursuit of their dreams. The inspiration came to him with his close work with gang members and since then has earned four college degrees in just five years and is the only person to receive an Alumni Award from both the University of San Diego and the University of California, San Diego. He has served on the San Diego Commission on Gang Prevention & Intervention and other civic boards. Former Mexican President Vicente Fox just joined the Reality Changers board.

INTERESTING FACT: He thinks about “accidentally” dropping his cell phone in the water when paddle boarding.

ADVICE: “Don’t spend time on debating whether the cup is half full or half empty. Just figure out a way to fill up the cup!

AFTER HOURS: He enjoys stand-up paddle boarding in Mexico.