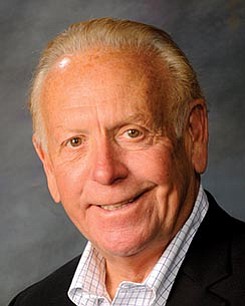 Douglas Wilson founded his company in 1989 and has deftly steered it through numerous, ever-changing cycles. His company’s offerings and nationwide regional offices have expanded to include development and management during the industry’s good times and court-appointed bankruptcy and receivership services during tough times. Before forming his own company, he was managing general partner in the company that developed downtown’s Symphony Towers. His company has been focused on its own property acquisitions and new development, including a $200 million mixed-use project underway in downtown Tempe, Ariz. In 2017, Douglas Wilson Cos. and Milestone Retirement Communities LLC obtained approximately $30 million in financing for a planned new-assisted living and memory care facility in Chula Vista, opening in fall 2018.

AFTER HOURS: Skiing in Utah,