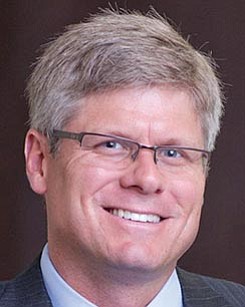 Steve Mollenkopf joined Qualcomm Inc. as an engineer more than 20 years ago and has since helped define and implement the company’s strategy and technologies. He became CEO in 2014 after overseeing the company’s investment in smartphone technologies. Previously, as president and COO, he led the company’s chipset business, overseeing the launch of 4G technology. He spearheaded the company’s $3.1 billion purchase of chipmaker Atheros – a deal that accelerated the adoption of the Qualcomm’s technologies and platforms. He is on the boards of the Global Semiconductor Alliance and the Semiconductor Industry Association. Qualcomm has had a rocky 2017 with a licensing and royalties dispute escalating to lawsuits, losses in revenue and a failing stock price, which has led to an unresolved hostile takeover bid from Broadcom.

HEADY COMPANY: Before being promoted to CEO at Qualcomm, he was widely rumored to be on the short list to replace Steve Ballmer as CEO of Microsoft.