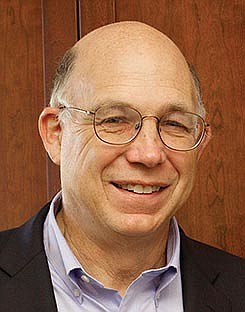 Peter Schultz was appointed as CEO of The Scripps Research Institute in 2015. He is also the director of the California Institute for Biomedical Research and a successful entrepreneur who has led major drug discovery efforts in both the commercial and nonprofit sectors. He began his career as a professor of chemistry at the University of California, Berkeley, principal investigator at Lawrence Berkeley National Laboratory and an investigator for the Howard Hughes Medical Institute. He joined the faculty at Scripps in 1999. He founded the Genomics Institute of the Novartis Research Foundation in 1999 and was its institute director until 2010. Two years later, he founded the California Institute for Biomedical Research. Schultz is also a founder of nearly a dozen early stage companies. In 2016, he was awarded the Heinrich Wieland Prize, awarded annually by the Boehringer Ingelheim Foundation for outstanding research on biologically active molecules and systems in the areas of chemistry, biochemistry and physiology as well as their clinical importance.

TOP OF CLASS: In August 2014, the journal Nature Biotechnology ranked Peter Schultz the No. 1 top translational researcher ranked by number of patents in 2013.