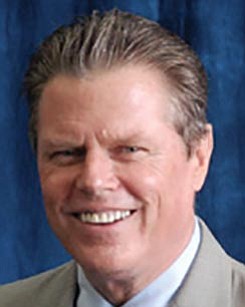 Retired Adm. Mac McLaughlin has been President and CEO of the USS Midway Museum since its opening in 2004. During his tenure, McLaughlin has made the decommissioned ship one of the most-visited museums in the nation, a beloved community asset and an enduring American symbol of freedom. A decorated naval officer, McLaughlin built a volunteer army of veterans and civilians, who conduct tours, honoring the legacy of those who served and those who participate in the upkeep of the longest-serving Navy aircraft carrier of the 20th century. Long-term goals for the Midway include a $50,000,000 endowment by the 20th anniversary of the public opening in June 2024 and providing annual grants to organizations that support U.S. veterans.

ADVICE: “Hire the best people and support them.”

AFTER HOURS: Enjoys golfing and biking.