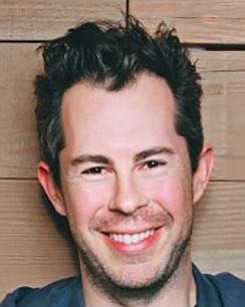 Bill Maris, a prominent venture capitalist in North County and founder of VC firm Section 32, is best known for his role as founder and first CEO of Google Ventures (GV). With $3 billion under management and investments in Uber and Nest, GV was one of the hottest venture funds in Silicon Valley under his leadership. He grew the team from one to over 70, with seven offices, two continents, and 400 investments. Now, Maris has raised $150 million for his first fund at Section 32, and already has 15 startups in its portfolio. Although rumors have circulated that Maris will focus on technology and life science investments, he’s recently declared that he’s interested in technologies in every field. Before GV and Section 32, Maris founded Calico, a multi-billion dollar company whose mission is to understand and influence the genetic basis of aging.

STARTUP GRIND: His first venture, a web hosting company called Burlee.com, was funded with credit cards and run from a one-bedroom apartment in Burlington, Vermont. Surrounded by homemade servers, Maris used to sleep on the floor next to his desk, using a rug as a blanket.