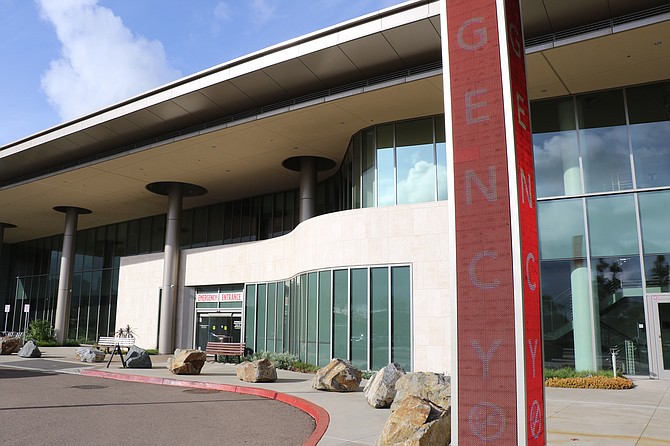 San Diego — Amid an aging population, San Diego hospitals have developed senior-focused emergency department services to improve care, with an eye toward their bottom lines.

New programs in San Diego could feed the national movement, aimed at reducing stress and medical risk. But there’s also financial incentive, as better geriatric care means a less likely chance of readmission, which potentially could save health systems money.

Since December 2016, thousands of seniors admitted for emergency care at UC San Diego Health have undergone assessments for fall risk and cognitive decline.

The idea is to spot issues early on to reduce frequent readmissions, important for hospitals financially. Medicare reimbursement rates are impacted by patient-satisfaction scores, and the program can penalize hospitals with too many revolving door patients.

“This is in the larger context of the shifts in Medicare payments and insurance moving more toward alternative payment models.”

In addition to a standard evaluation during triage, trained nurses ask basic questions like, “Have you recently fallen?” or “When was your last meal?” Those deemed at risk are sent for more in-depth evaluations.

The health system found upward of 15 percent of seniors examined have “severely abnormal mobility,” meaning much greater chances of falling during a hospital stay or after discharge, according to Chan. A support plan is put in place to prevent such an event.

Paring down unnecessary senior stays is at the core of the “Acute Care at Home” pilot at UC San Diego Health. Instead of being hospitalized for low-risk procedures, 70 patients received care at home through close contact with physicians, nurse visits and digital tools.

The result: a $10,000 savings per patient compared with an inpatient stay for similar conditions.

“We know keeping patients out of the hospital from a scientific perspective is better, because outside of the acute need of hospitalization, being in the hospital longer means you’re at risk of certain bad things happening, whether its falls or delirium,” said Vaishal Tolia, a UC San Diego emergency room physician.

Later this year will see the opening of an 8,500-square-foot senior care unit at Jacobs Medical Center. The addition to the health system’s emergency department is the first of its kind in the region. It will feature nonslip floors, special lighting to avoid disorienting patients and other features geared toward the elderly.

A $6.3 million grant from the Gary and Mary West Foundation went toward the new emergency wing. In addition, the foundation’s sister organization that addresses seniors’ medical needs as they age, the West Health Institute, contributed $5.5 million for funding the health system’s geriatric research.

West Health aims to convert the research into best practices. That way, hospitals exploring geriatric services across the nation would have a blueprint.

“We are going to face an issue in the future if we don’t address this, where our hospital beds will be over-capacity,” said Zia Agha, West Health’s chief medical officer and executive vice president of clinical research, medical informatics, and telehealth.

Agha said it’s unrealistic for every hospital to build a geriatric wing. But at the very least, health systems could greatly benefit from added emergency training in senior care.

Senior-centric hospital services can be found elsewhere in San Diego.

At Palomar Health, a hip-fracture pathway has trimmed hospital stays to four days, down half a day from two years ago. It does this by quickening the time it takes to enter surgery, through multidisciplinary collaboration.

The strategy also includes regional anesthesia over side-effect causing narcotics, and proactive pain management to speed up recovery, according to Brian Cohen, Palomar’s director of orthopedic and spine services.

The approach proved to be so successful that the hospital system transplanted elements to other surgeries.

“For us, it’s about the patient. If we’re doing what’s right for the patient, it’s more efficient and less expensive for them,” said Cohen.

Kaiser Permanente in San Diego has a scoring tool built into health records to quantify the likelihood of heart attack. It’s common for patients, particularly seniors, to enter the emergency department complaining of chest pain.

“We are able to say, ‘No, this is not a heart attack, and your risk for heart attack is so low that we can let you go.’ This saves resources,” said Adam Schwartz, Kaiser’s chief of emergency medicine in San Diego.

Kaiser, too, has a hip-fracture program.

“That helps on the back-end get them to eat faster, gets them out faster,” said Schwartz.

Increasingly hospitals tailor emergency rooms to seniors, but is there evidence the initiative brings down costs long term?

Do Programs Pay Off?

The approach is so new that there doesn’t appear to be conclusive research, according to Philip Greiner, director of the School of Nursing at San Diego State University. Theoretically it makes sense, though.

“If you’re able to move people into a specialty ER where they can be better diagnosed and treated quickly, in the long term that should save on cost over having them in a busy general ER,” Greiner said.

“Most hospitals and health systems are approaching this from a downstream cost-avoidance issue rather than an increased revenue issue,” Maliff said.