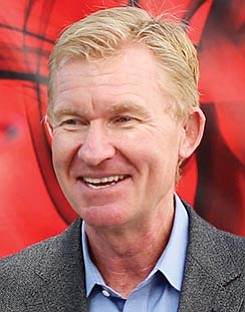 Peter Ronchetti’s first job in America was in the summer of 1979 when he worked with a traveling fair in Ohio and Pennsylvania on a student visa. His next job in the states was in 2008, when he was named general manager of Legoland California Resort in Carlsbad. At the time, the only Lego-brick-themed park outside Europe, Ronchetti has nurtured the park through the Great Recession doldrums, expanding existing attractions, adding new ones and providing more on-site accommodations. He came to Legoland from the United Kingdom with more than 20 years of management experience, including a stint at another Merlin Entertainments Group property, Thorpe Park, in England. In 2017, Legoland opened Surfers’ Cove, the latest addition to its existing on-site water park.

TOUGHEST CHALLENGE: Relocating to California and having to do a driving test (after 30 years of driving in the U.K.).

BUSINESS ADVICE: “Be clear on your core product and stay true to it.”

FUN FACT: His son, Paul-Luc, is a professional skateboarder and has participated in the X Games.