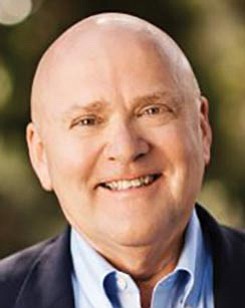 A native of Australia, Garry Ridge now serves on the board of governors of The San Diego Foundation, and on the University of San Diego’s School of Business Administration board of advisors. Ridge, who calls himself the “chief” of the WD-40 “tribe” began at WD-40 Co. in 1987 and was named CEO in 1997. A big believer in creating lasting memories in his staff’s minds every day, he attributes this as the key to having built the company’s success during his 22-year tenure. In 2017, Inc. magazine named Ridge fourth on the World’s Top Ten CEOs that totally lead in a unique way. Before joining WD-40 Co, he served in upper management posts including vice president of international sales, where he worked in more than 50 countries. He teaches leadership development, talent management and succession planning at the University of San Diego’s Business School.

ADVICE: Leadership is not about being in charge, leadership is about taking care of those in your charge.”