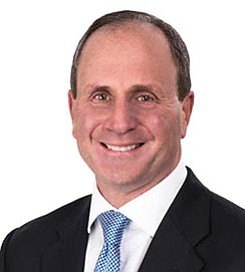 President and General Manager, BC 7 San Diego and Telemundo 20

As president and general manager of NBC 7 San Diego, Richard Kelley is tasked with collaborating with outside partners to develop new sponsorship opportunities for the TV station and its sister Spanish station, Telemundo 20. Kelley has also led an updating of the company’s digital platforms. Prior to his current role, Kelley worked for nearly 15 years in the radio industry in San Francisco, he spent two years at the Internet startup CoolCast, and he worked as an account executive for USA Networks in New York. Recent accomplishments include integrating and launching Telemundo 20 from same new facility as NBC 7.

CHARITABLE WORK: Volunteers with Leading Change at the University of San Diego and the Make-A-Wish San Diego Foundation.

BUSINESS ADVICE: “Make your boss look good and make those around you feel like they’ve grown professionally and personally from working with you.”