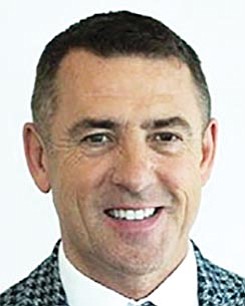 Peter Kelly took over the reins of personalized promotional products firm National Pen Co. in June 2016, after serving as senior vice president and managing director of its European operations, where he tripled revenues and quadrupled profits during his seven year-stint. National Pen in December 2016 was acquired by Dutch company Cimpress N.V. It still employs about 200 in San Diego. Prior to National Pen, Kelly held several leadership positions with Ulster Weavers Apparel, Lamont Holdings and Ulster Carpet Mills. He plans to acquire two companies in the next three years.

FUN FACT: Kelly, who previously earned a law degree and was a lecturer, is from Ireland. His accent is a dead giveaway.