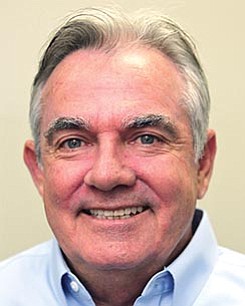 Harvest might be the biggest local company people know the least about. The National City-based company is one of the five biggest meat distributors in the country with 200 local employees, 10 distribution centers nationwide and $1.5 billion in sales in 2016. And it’s in the process of doubling in size. Harvest is merging with Sherwood Food Distributors, a family-run business based in Detroit, that has almost no overlap in territory outside of Florida. The combined entity will have about 1,800 employees and annual revenue of almost $4 billion. Post-merger, Leavy will be co-CEO of Harvest. Leavy’s brother Kevin will be co-president. Another brother, Dennis, also works for the company.

HISTORY: His father, Frank, founded the company in 1989 in Iowa. They moved the company headquarters first to Phoenix and then to San Diego.

NEW LINES: The company has expanded into distributing other perishable food products, including dairy, deli and bakery categories.