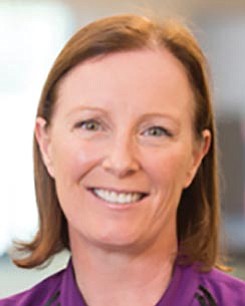 Ciara Kennedy is the president and CEO of Amplyx Pharmaceuticals, a privately-held biotechnology company in San Diego. She was appointed to these roles in early 2017, and previously served as the company’s chief operating officer. Kennedy played a key role in raising more than $116 million in venture capital financing for Amplyx, including a $67 million deal that closed in August. Before Amplyx, Kennedy served as chief operating officer at Lumena Pharmaceuticals until the company was acquired by Shire Pharmaceuticals in June 2014. There, Kennedy played a critical role in the development of assets licensed from Pfizer and Sanofi, raising $78 million from venture capital to fund operations and preparing to take the company public.

GOOD READS: Kennedy is a big fan of Sheryl Sandberg’s book “Lean In.” “As I read it I felt like parts of it were written about me,” she told networking group Lean In Belfast. “I am a strong advocate of the ethos of Leaning In for everyone and truly owning where you are in life.”