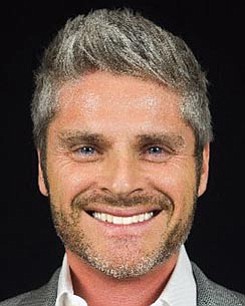 Steven Cox founded TakeLessons, an online marketplace for music, language, and other tutoring, back in 2006. The company has since grown into one of San Diego’s most recognizable tech startups. Cox has helped raised $20 million in venture capital since the company’s founding and led the acquisition of digital music sheet provider Chromatik in 2017. Before TakeLessons, Cox was managing partner of Reddito LLC., an e-commerce and internet marketplace consulting firm with clients including Cisco, Wells Fargo, and Intel. Cox also worked in business development for CollegeClub.com, an early social network, and was a founding employee of PurchasePro, a B2B marketplace that grew to an IPO in 1999.

FUN FACT: Cox grew up singing and playing bass guitar in his family’s gospel band with his parents and three brothers. He went on to play in several bands and DJ in clubs during college before releasing two alternative rock albums on Convertible Fly Records with bandmate Enrique Platas.