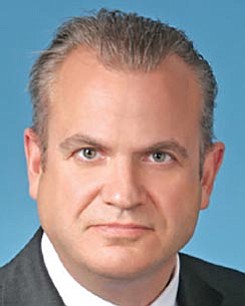 Scott Forney leads the electromagnetic systems unit of General Atomics at a pivotal time. The business specializes in storing large amounts of energy and releasing it in tools such as aircraft carrier catapults and weapons such as railguns. In the last 18 months, Forney and his team have introduced a novel aircraft catapult and arresting gear for the new, redesigned Gerald R. Ford class of U.S. Navy aircraft carriers. Two more carriers are scheduled to get the technology, despite challenges from Navy officials who feel more comfortable with established steam and hydraulic equipment.