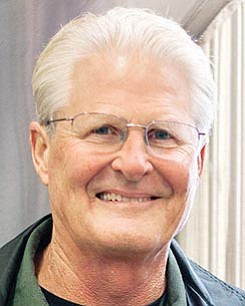 Brothers Ron and Rick Chapman founded Coronado Brewing Co. in 1996. It has grown to be the region’s fifth largest beer-maker and now employs about 180 people at locations in Coronado, San Diego and Imperial Beach. They will open a fourth location in 2018 at the Imperial Beach Bike Village mixed use development, which will add around 50 additional employees. The brewer also made news in 2017 by acquiring Monkey Paw Brewing Co. in the East Village. The brothers recently invested in SouthNorte Beer Co., which is a project of their former brewmaster, Ryan Brooks.

ALMA MATER: He is a 1974 graduate of Coronado High School